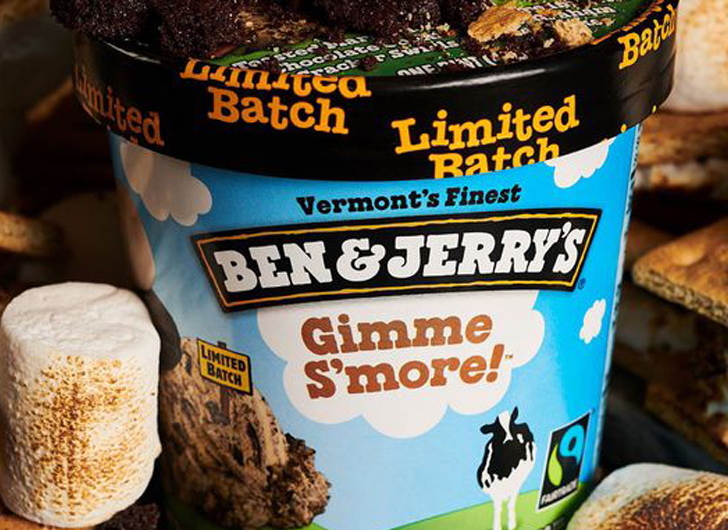 While many people across the country are hunkered down in their winter-wear, ice-cream gurus Ben & Jerry have promised balmy summer weather is just around the corner and released a new summery flavor.

All the fun of s'mores, no campfire required. Introducing Gimme S'more Limited Batch! 🍫🍦🔥 Learn more @ the link in our bio!


What’s more evocative of summer than sitting around a campfire making s’mores? Thankfully you don’t have to wait for the snow to melt to get that feeling back again. Ben & Jerry’s have announced a shake-up to their s’mores flavor and will be replacing the chocolate ice cream base with an ooey-gooey toasted marshmallow one instead.

According to Refinery29, the company announced the release of their Gimme S’more! limited batch flavor, explaining in a press release, “The toasted marshmallow ice cream base adds a new level and depth of flavor.”

Save the date! Free Cone Day is April 10th! 🍦🍦🍦 Check the link in our bio to find a Scoop Shop near you. #FREECONEDAY


Best of all you can snag yourself a free cone of whatever flavor tickles your fancy during Free Cone Day on April 10th. Simply visit a Scoop Shop to get yours!