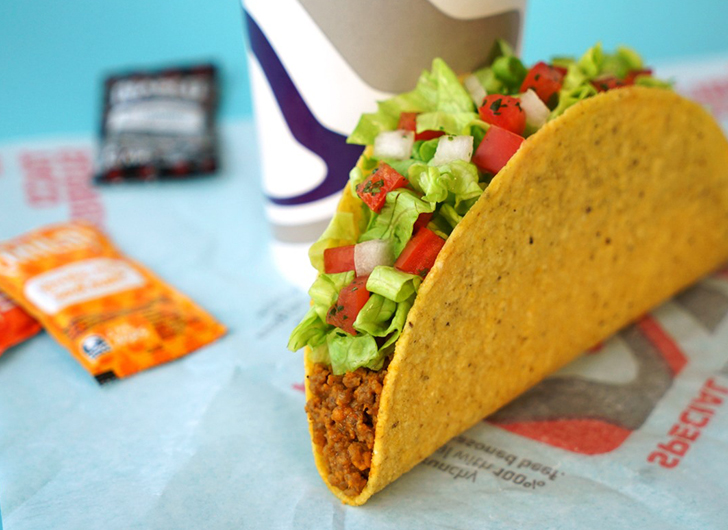 Taco Bell is looking to expand its vegetarian offerings even further by testing out its own plant-based protein creation called the “Cravetarian” Taco.

According to Insider, the new vegan protein is made of a blend of peas and chickpeas and will be placed inside a crunchy shell before being topped with lettuce, tomato, shredded cheese, and sour cream.

#tacobell is testing a proprietary, seasoned plant-based protein. Meet the Cravetarian Taco – made from a pea/chickpea blend. It is currently being tested at only one Taco Bell location in Tustin, CA until April 29. Will you try it? #plantbased craze continues! pic.twitter.com/iSrVvT4dxO


If the test item is successful it means virtually anything on Taco Bell’s menu can be made vegan by swapping the plant-based protein into chalupas, burritos, and nachos, Insider reports.

Currently, the new Cravetarian Taco is being tested at only one Taco Bell location in Tustin, California, but if successful Taco Bell fans can look forward to the menu offering appearing on menus nationwide.