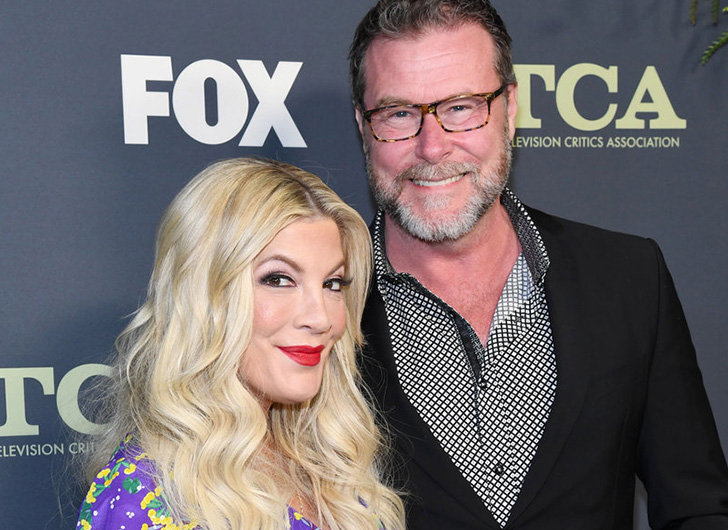 Dean McDermott opened up about staying faithful in an exclusive interview with Us Weekly blaming male DNA, in part, for his struggles with monogamy.

13 years ago today I married my dream girl. She gave me 5 beautiful babies and loves and adores my first born Jack. For 13 years she has put up with me, warts and all. She is the kindest, most caring, giving, gentlest human to ever grace the face of this earth. We have weathered many a storm, and will soldier on through many more, in love and united. I love you my angel, forever. Oxo❤️#love #loveconquersall #forever #angel #united #togetherforever #loveofmylife #gorgeousgirl


“Monogamy is hard for, I guess, several reasons — for wanting that initial lust that we have intrinsically built into us,” Spelling’s husband of 13 years told Us Weekly. “Men, we’re like, we need to spread our seed everywhere. It’s [been] in our DNA for millions and millions of years. There’s that, but then there’s also, ‘Oh, God. This relationship is work.’ And it is. Every relationship is work and when you get to that point, you can’t bail. You’ve gotta knuckle under and work it out.”

However, McDermott isn’t the only one in the marriage who struggles with being monogamous.

Our yearly tradition… a family outing to the local pumpkin patch 🎃… – Loved the pumpkins, bouncy castle, slides, and family fun! – Do you have a local pumpkin patch you always goto with your family each year? – #pumpkinpatch #familyfun #familytradition


Spelling also opened up about monogamy on McDermott’s podcast Daddy Issues in June, sharing, “The reality is you’re two people. I feel like humans, instinctually, it’s really hard to be monogamous because you’re always changing. And if you’re not on the same page, you have to try to change again, and evolve and be on the same page.”

According to Us Weekly, McDermott entered treatment for sex addiction after he was unfaithful to Spelling in 2013.