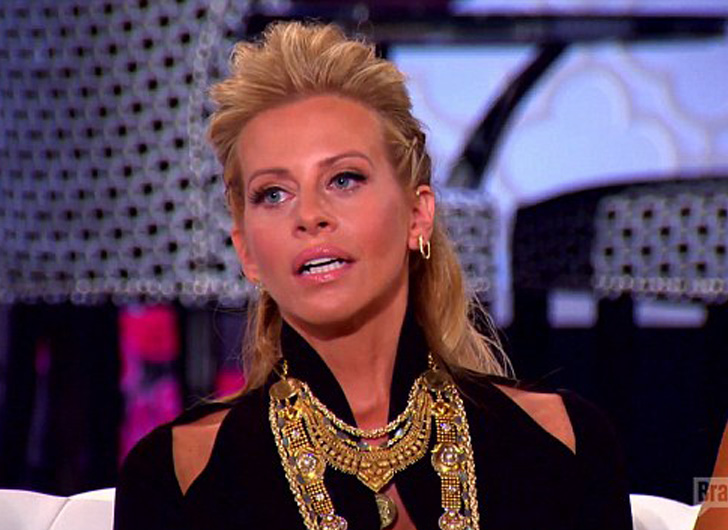 Former Real Housewives of New Jersey star Dina Manzo and her boyfriend David Cantin were victims of a violent home invasion over the weekend.

Dina had spent the day attending her goddaughter, Audriana’s first holy communion. Audriana is the daughter of her good friend and fellow RHONY star Teresa Giudice.

Please say a prayer tonight for my sister @dinamanzo

When Dina and boyfriend David returned to their Holmdel, New Jersey home later they found two masked robbers inside.

Prayers to @dinamanzo during this tough time. #RHONJ

According to NBC New York one of the thieves attacked David with a baseball bat, whilst Manzo was punched several times in the face. The robbers then proceeded to tie up the couple before making off with cash and jewelry.

An attorney for the couple, Andrew B. Brettler, released a statement to People saying, “Dina and David are obviously shaken up from the traumatic and violent home invasion and robbery. No one should ever have to go through what they did. They are grateful to law enforcement and the other emergency responders and appreciate everyone’s concern and well wishes.”