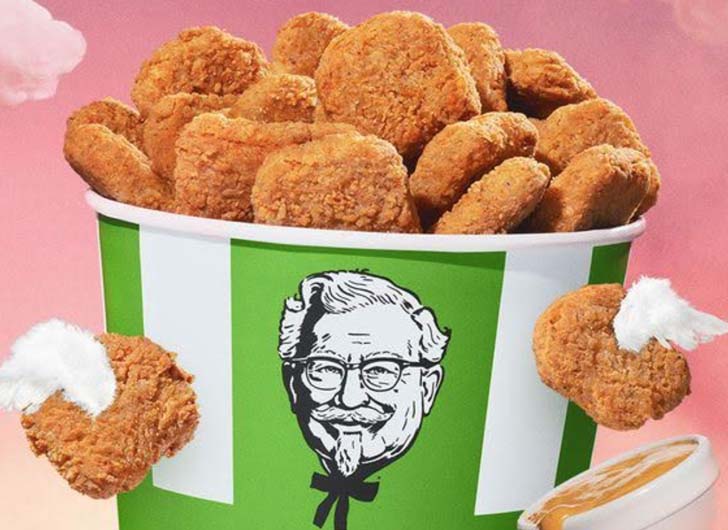 The Colonel is going plant-based!

KFC, the fast-food restaurant known for their scrumptious fried chicken, will start offering a plant-based option nationwide developed by Beyond Meat exclusively for the chain.


Beginning January 10, customers can order KFC’s new Beyond Fried Chicken at participating restaurants – a menu addition that has been two years in the making.

“The mission from day one was simple – make the world-famous Kentucky Fried Chicken from plants,” President of KFC U.S. Kevin Hochman said in a press release. “And now over two years later we can say, ‘mission accomplished.’”

However, according to People, it’s important that vegans and vegetarians know the plant-based chicken option will be cooked in the same fryer as their meat products so KFC can’t guarantee there is no cross-contamination.