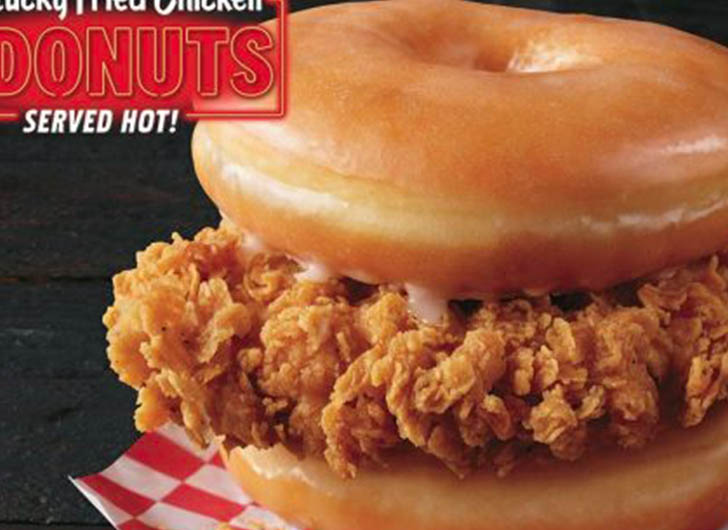 Kentucky Fried Chicken’s latest offering will have you tossing the calorie counter aside whilst you indulge in some truly decadent, but definitely not figure friendly, treats.

KFC is taking the fast-food chicken sandwich war up a notch by serving up a Kentucky Fried Chicken and Donuts sandwich, which is basically KFC’s famous fried chicken sandwiched between two donuts.

Why yes, I do live in Pittsburgh and tried the new @kfc donut chicken sandwich.

And it was absolutely, positively, delicious. It was worth the 3 weeks of life I had to give up to eat it. pic.twitter.com/wNHlHECbrB


The tempting new menu item is part of KFC’s “Chicken and Donuts” limited-time menu, which is being tested in more than forty different KFC locations across Pittsburgh and Norfolk/Richmond, Virginia.

Other options for KFC fans in the test market locations include a Kentucky Fried Chicken and Donut basket, which pairs either chicken on the bone, or chicken tenders with one, or two donuts.

In a press release, KFC revealed they are testing the new flavor combinations to see whether customers are ready for chicken and donuts on a national scale.