Five Signs You May Be Gluten Sensitive 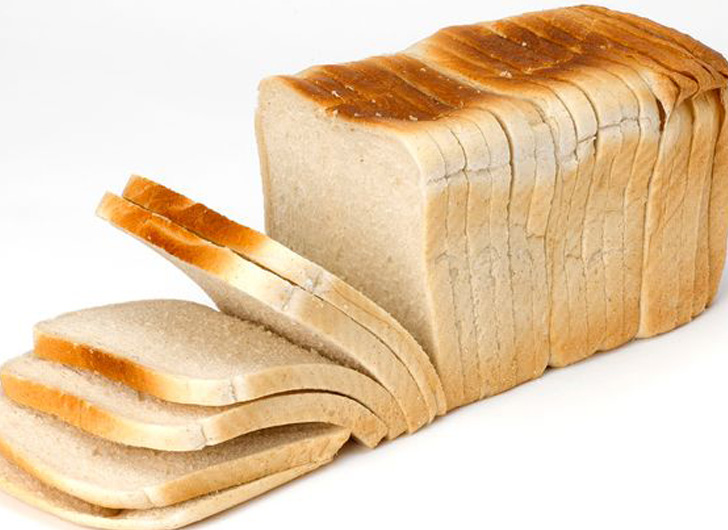 It’s estimated approximately 15 percent of the U.S. population has a sensitivity to gluten – the protein found in wheat, barley and rye. If you suffer from any of the following signs, you may be gluten intolerant or sensitive.

Studies have shown that headaches are common in those with gluten sensitivity. If you frequently suffer from headaches, or migraines you may be gluten intolerant.

I have been as close to gluten free as one can be for over a month. Had some breaded chicken tenders for dinner and this is what I get. #glutenbloat is for real… #MaybeIAmAllergic

Feeling bloated is one of the most common signs for those with a gluten sensitivity. If you feel bloated, gassy, or suffer from a swollen and uncomfortable belly after eating foods with gluten you may be gluten intolerant, or gluten sensitive.

☁️️ The head fog is real today ☁️Struggled to get out of bed, can't think straight, keep losing and forgetting simple things, feel weird and zombie like and want to avoid everyone. Not sure I should be operating a vehicle…and it doesn't feel like a valid excuse I can give my boss for being an idiot today. And that's just not normal me. Forgive if this sounds miserable and believe me I'm bored of it so I'm sure my loved ones are, also don't get me wrong I'm very grateful for my health. I'm so sure this fog that descends is related to what's going on in my tummy.. or gluten or some unhappy gut flora situation. I tried to do a 30 day no glutening challenge and it was going well-ish, hadn't been feeling amazing but pretty good, then I ate in a pub on Sunday and haven't felt right at all since. How to make it stop happening whilst still having a life? Do I have to avoid eating anything not cooked in my own home? That seems ludicrous but it's what I've ended up having to do slowly. Normally I just get on with it and I try hard to feed myself well whenever I can but sometimes I just wonder what's going on, anyone else ever feel like this? Or is it just normal life. I've read some interesting studies coming out lately about how much our brains are influenced by our gut and find it so interesting, would love to know more and get to the bottom of it. I'm pretty in tune with my body But I think I've started seeing this level of discomfort as normal and maybe it's not 😤

Do you constantly feel tired? Feel unable to concentrate and suffer from brain fog? You may have a gluten sensitivity. Brain fog can affect up to 40 percent of people who suffer from gluten intolerance and studies have shown up to 80 percent of people who have a sensitivity to gluten suffer from tiredness. Gluten intolerance can also lead to iron-deficiency anemia, which can further exacerbate feelings of being tired and sluggish.

#nofilter Fun fact about me: I have certain food sensitivities that—when I don’t take care of my skin carefully and don’t monitor exactly what I eat—will cause breakouts, inflammation, and lots of other issues. This is one of those weeks, and it just happens sometimes! 🤷🏼‍♀️ I have never trusted another makeup like I trust LimeLight to give me the confidence to not worry about any of those concerns. 50% pigmentation is not something you can find in a store, and I’m so grateful to have found a “full-coverage” foundation that really means it.

‘Chicken Skin’ on the backs of the underarms is a classic symptom of gluten intolerance – when the skin has raised white bumps, similar to what chicken skin looks like. Gluten sensitivity can also cause a myriad of other skin conditions, including psoriasis, dermatitis herpetiformis, and chronic urticaria.

I'm a generally happy person. I have some great people in my life. I'm a wife to an amazing man and I've got a daughter I can't wait to get home to. I'm studying to do something I love, we're financially stable. There is no reason I should feel as anxious as I do. I've been seen at the emergency department twice and I've intermittently taken lorazepam. Funny thing is, I know cutting gluten out of my life will put an end to ever feeling like this again. #glutenanxiety #depression #mood #celiacdisease

Studies have found those with a sensitivity to gluten are more likely to suffer from depression and anxiety on a regular basis and this is especially common in those suffering from celiac disease. Researchers believe gluten intolerance can drive up feelings of anxiety and depression by decreasing levels of serotonin and disrupting the amounts of beneficial bacteria in our guts.

How to Test for Gluten Sensitivity

If you believe you may be suffering from gluten sensitivity try temporarily removing gluten from you diet to see if it helps with symptoms. Try removing gluten from your diet for 30 days and then reintroduce it. If you feel significantly better after taking a break from gluten, only to feel worse once you reintroduce it again you may be gluten intolerant or sensitive. You can also have your doctor to give you a range of tests that can pinpoint gluten sensitivity.