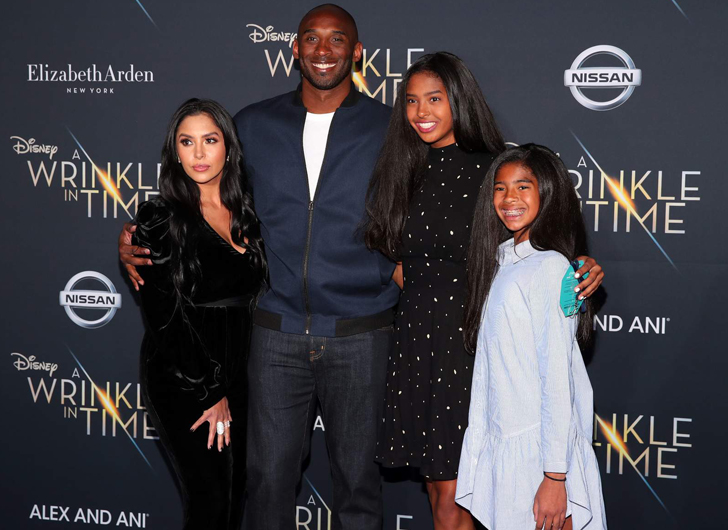 Vanessa Bryant has revealed she got two tattoos to honor her late husband, Kobe Bryant, and daughter, Gianna, who died in a helicopter crash earlier this year.

Vanessa took to Instagram to showcase her tattoos, which she actually had done in February.

Truly honored to give you something to keep with you my friend. 🙏🏼Repost from @vanessabryant • I wanted my boo boo’s @kobebryant sweet message transferred on me. ❤️@nikkohurtado came through for me. Thank you! #inked #messagetransfer #BooBoo #throwback #tattooinmyhallway


Tattoo artist Nikko Hurtado re-shared videos of Vanessa (whose Instagram account is private) getting two tattoos – one running down her lower neck and shoulder in honor of Kobe and a smaller tattoo on her wrist in honor of daughter, Gianna.

Truly honored my friend. #ripkobeandgianna Repost from @vanessabryant • Shoutout to @nikkohurtado for coming over and helping me get my Gigi’s sweet message transferred on me. ❤️#throwbacktoFebruary


“Truly honored by friend,” Nikko captioned the reshared video, marking it with the hashtag “#ripkobeandgianna.”

“I wanted my boo boo’s @kobebryant sweet message transferred on me,” Vanessa captioned the original video of Nikko tattooing sentimental wording on her neck and shoulder. “@nikkohurtado came through for me. Thank you! #inked #messagetransfer #BooBoo #throwback #tattooinmyhallway”


According to People, Vanessa isn’t the only one to get a tattoo in honor of Kobe. His fellow Los Angeles Lakers players, Anthony Davis and LeBron James, also received tattoos in remembrance of the NBA star.