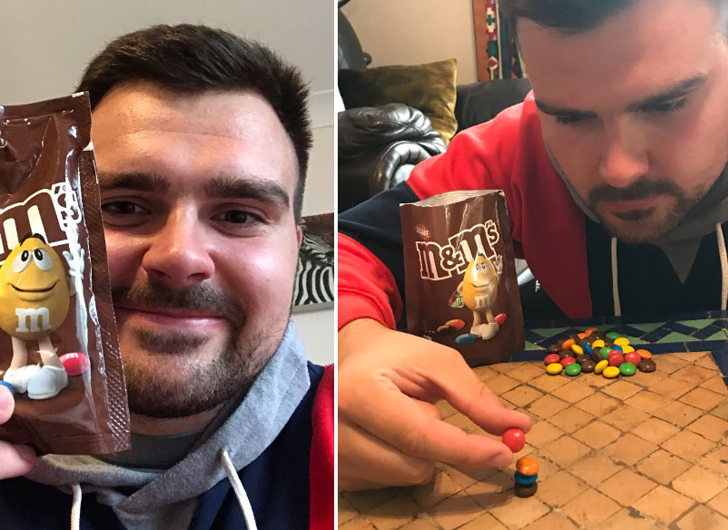 A British man has set the world record for stacking M&M candies on top of one another – and the number of candies used to set the record may surprise you.

Will Cutbill was recognized this month as the new world record holder for M&M candy after stacking five – yes, just five – M&M candies on top of one another.

According to NPR, Cutbill was eating M&M’s and tried stacking them on top of each other out of boredom. After finding out the current world record for M&M stacking stood at just a mere 4 M&M’s, Cutbill became determined to secure the world record M&M stacker title.


“One day in lockdown I was mixing up my confectionary choice, usually I’m a chocolate bar type of guy but this time the bag of M&M’s® called me and boy am I glad they did!” Will told the Guinness World Records.

“At first it wasn’t very many until one day I thought right let’s crack this, so I sat down very determined to complete it.”

Hours later the 23-year-old Brit did it, breaking the previous record of four that was jointly held by Silvio Sabba (Italy) and Brendan Kelbie (Australia).

“I’ve had a lifelong ambition to break a Guinness World Records title, I’ve always wanted one,” Cutbill admitted. “I’ve bought the books every year and have always dreamed of one day reading my name in it.”