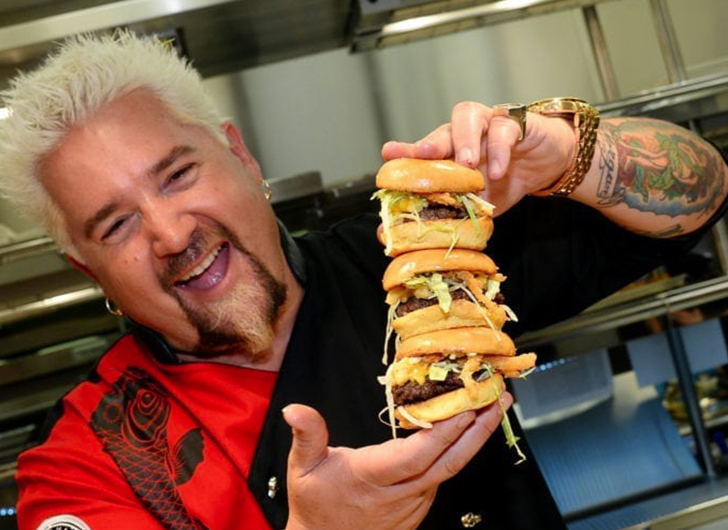 As the host of Diner’s, Drive-Ins and Dives, celebrity chef Guy Fieri eats pretty much anything that is placed in front of him, however there are two food items he just can’t stomach.

Thanks @people & @peoplefood for the killer article! Check it out in the link below: . . . https://people.com/food/guy-fieri-on-the-road-diners-drive-ins-dives/


In a recent interview with People, Fieri revealed he won’t eat liver and doesn’t like eggs.

“Liver is nasty,” Fieri said of the organ meat that is normally pan-fried and served with onions.

As for eggs, Fieri has been known to balk at eating them whenever they appear on Diner’s, Drive-Ins and Dives telling People, “I eat them in dressings, but sunny-side up, over-easy, or scrambled? No, thank you.”

When he’s not on the road filming the hit foodie show, Fieri told TODAY he loves to eat a ton of veggies.

“I’m not saying that I’m a vegetarian, but people would be surprised at the amount of plant-based food I eat,” TODAY reveal Fieri as saying of his at-home diet. “Don’t get me wrong – I get down with a good burger, but in moderation.”