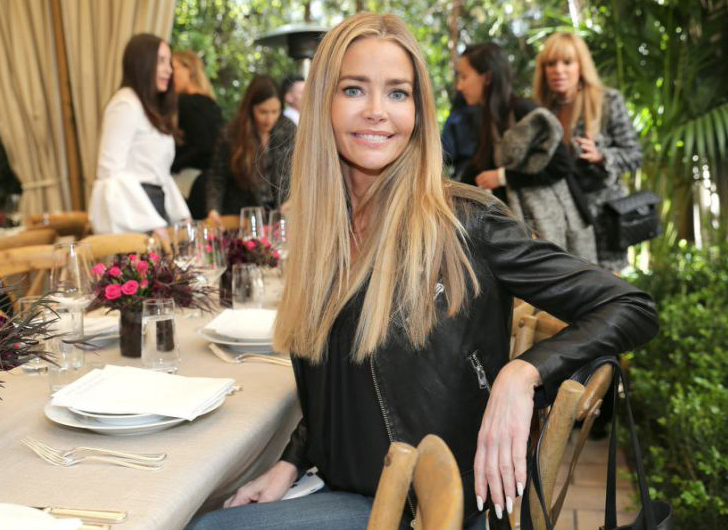 One of my favorite beaches ❤️ #bahamas #worldoceansweek #playboy #tbt


Richards, who was previously married to Charlie Sheen, has wanted to be on the show for a long time according to People, but the timing never seemed right.
“She’s a huge Housewives fan and watches all of the shows,” an insider told People of the glamorous mom of three. “And she has close relationships with many of the women in real life, including Kyle Richards and Lisa Rinna.”

Such an exciting day having lunch with @deniserichards and her hot bf Aaron on the day before her new endeavor (wink wink) Congrats girl! Break legs and have fun!


Bravo has yet to issue a formal statement confirming Richards’ joining the cast, however Jerry O’Connell revealed the exciting news while promoting his upcoming talk show Real Men Watch Bravo.

Richards also slashed to the price on her Hidden Hills home, selling the 6 bedroom, 8 bath home for $4.95 million last week, according to TMZ. The media outlet report Denise’s neighbors put up such a fight during the filming of her 2008 reality show It’s Complicated, the property management company banned all productions.