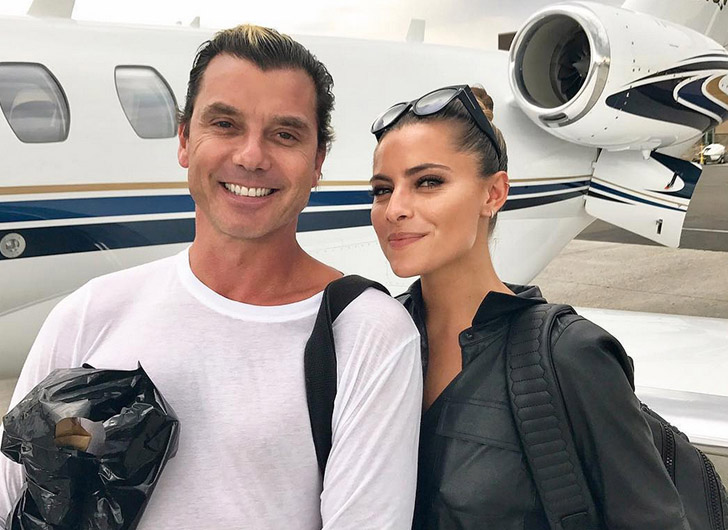 Gavin Rossdale has confirmed rumors he has been dating 27-year-old German model Sophia Thomalla by briefly posting a picture on social media.

The 51-year-old Bush frontman captioned the shot, “Having fun in Reno,” which showed the couple smiling in front of a private jet. Mysteriously the happy picture has since been removed from his Instagram account.

Rossdale was first linked to Sophia back in March after the pair were spotted smooching in London. In May US Weekly reported the couple were dating after they were spotted at an Indianapolis restaurant.

Gavin and ex-wife Gwen Stefani split in 2015 after thirteen years of marriage. They share three sons – Kingston, Zuma and Apollo.