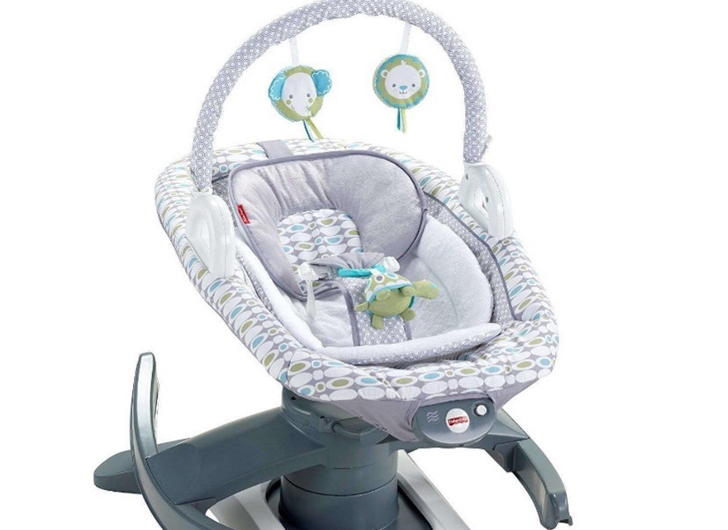 Fisher-Price announced a recall of its 4-in-1 Rock ‘n Glide Soothers and 2-in-1 Soothe ‘n Play Gliders after reports four infants died while using the equipment.

#Recall: @FisherPrice 2-in-1 Soothe 'n Play Gliders. Infants who are placed unrestrained in the product and later found on their stomach are at risk of suffocation. Stop using and get refund. Full recall notice: https://t.co/4oqd1P1B69 pic.twitter.com/E0SQTugvcc


“These types of incidents are heart-breaking,” said Acting Chairman Robert Adler in the recall announcement. “Loving parents put their babies in these products never expecting a tragedy. Inclined products, such as gliders, soothers, rockers and swings are not safe for infant sleep, due to the risk of suffocation.”

This recall involves CHP56, CHP55 and CBT81 4-in-1 Rock ‘n Glide Soothers. This recall also involves the GDD28, GDD39, GDD41, GGW85, GNX43, GVG43, HBD26 and HBD27 of the 2-in-1 Soothe ‘n Play Gliders. HBT17 is sold in Canada only. The products have two use modes: A powered glider seat and an infant rocker. In both modes, the product can move in a head-to-toe or side-to-side motion. The model number is located on the underside of the base.

According to the recall notice from Fisher-Price, consumers should immediately stop using the products and contact Fisher-Price for a refund.