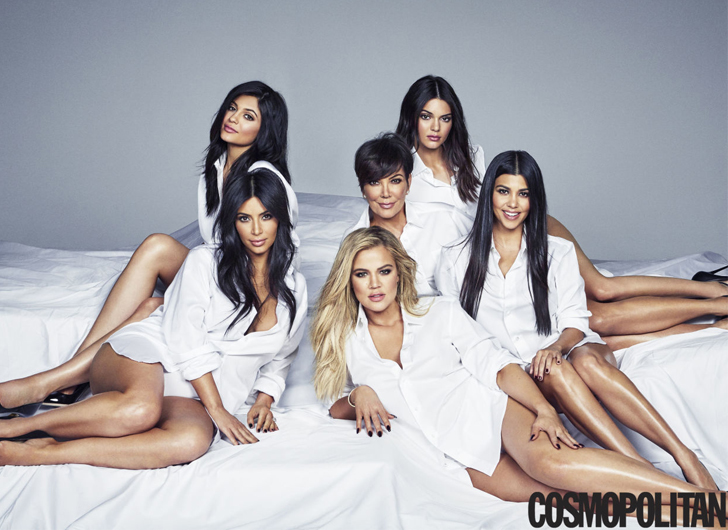 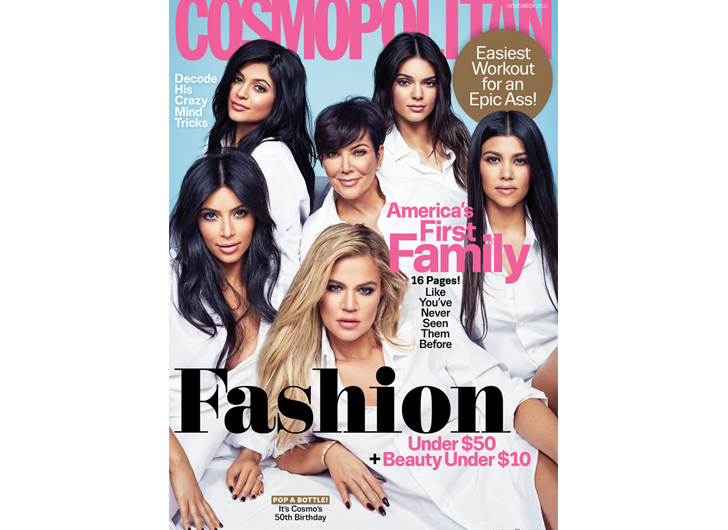 The family posed in matching white collared button-down shirts, their hair and make-up on point.

The reality stars spawned the cover for the magazine’s 50th birthday, but some readers aren’t so pleased with the cover. One of the headlines, read “America’s First Family,” which spans a 16-page spread about the family.

Twitter went crazy after the cover went public. The headline is gaining negative attention, readers upset that the reality tv family is being compared to the Obamas.

One Twitter user posts, “Won’t be buying this magazine ever again. Such disrespect to the actual first family. Shame on you Cosmo.” Another posts “This is the American value system. This is what we glorify. Socialites not scientists.”