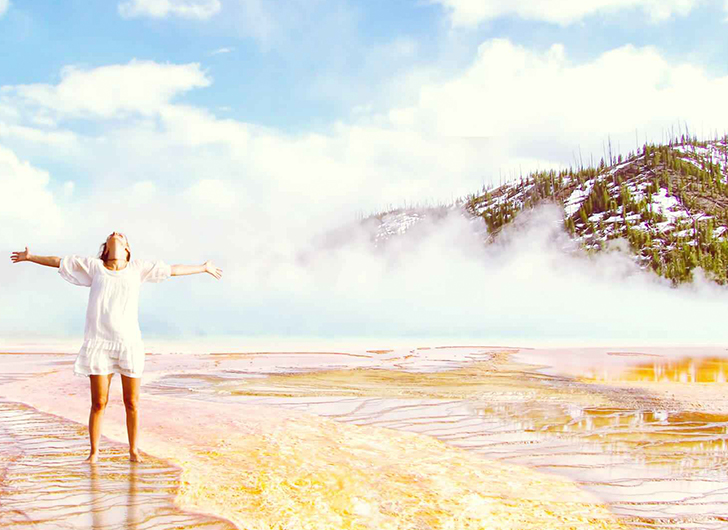 Feeling stressed, depressed, anxious and just downright blah? Lack of spending time outside in nature may be the culprit.

Studies have routinely shown the health benefits of being outdoors and it’s something beauty brand St. Ives are encouraging us to do with their new “Nature Reset” campaign.

The company carried out a survey, which found that more young women than ever are feeling stressed out. However, a whopping 94 percent said they felt much calmer after spending time in nature.

The study found that young women do not spend enough time outdoors, which could be contributing to their high levels of stress. 76 percent of those surveyed said they wished they spent more time outside in nature.

“Just 15 minutes with nature is proven to have a serious de-stress effect,” St. Ives claims. “But since most Americans spend 90% of their days indoors, we’re making it our mission to change that.”

According to a press release from the company, “St. Ives will inspire people to get into nature through a series of efforts, starting with a mobile bus experience delivering a much-needed dose of nature to urban cities across the U.S., and a sweepstakes in partnership with National Geographic, the global experts in exploration, adventure and science, with a chance to win the ultimate photo expedition for two to Yellowstone National Park.”

🚨Big News🚨 We’re teaming up with @natgeo to kick off #NatureReset in a big way. Now through August 31st, enter for a chance to win the ultimate #NatureReset in Yellowstone National Park! Click the link in our bio for all the details 💫


If you would like the chance to win the ultimate expedition for two to Yellowstone National Park simply upload a photo to Instagram between July 24 and August 31 of yourself spending time in the great outdoors. Include a brief caption explaining the photograph and make sure to include the “#NatureReset” and “#StIvesNatGeoContest” along with the @StIvesSkin and @natgeoadventure handles.