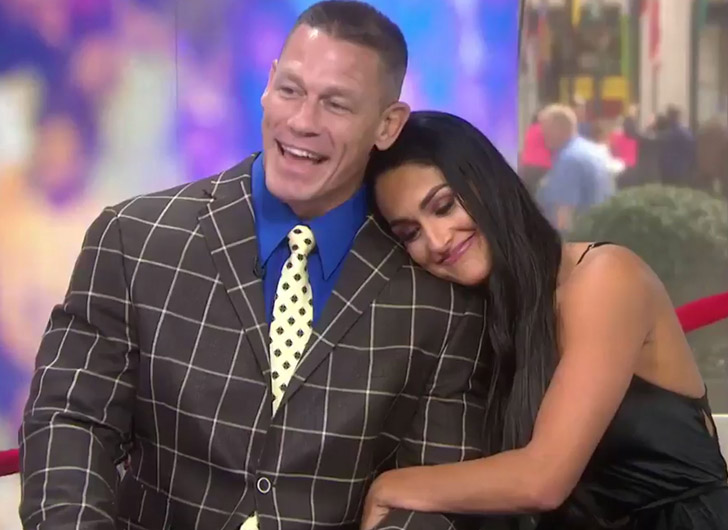 Hopeful fans are feeling a tad more optimistic John Cena and Nikki Bella will reunite after TMZ snapped a pic of the exes out for a casual stroll in San Diego over the weekend.

We love you all ❤️


TMZ’s photo captured the first time the pair have been seen in public since Nikki called off their May 5 wedding four weeks ago in a shock move.

Their walk comes just days after Cena appeared on the Today show to candidly discuss the break-up and declare his love for WWE beauty.

Life is funny sometimes. One minute it’s kissing and hugging on you, the next it’s kicking ya square in the nugget bag. Moments make the journey and the powerful play goes on.

Learn from your mistakes. A life of regret is a life unfulfilled.

In an interview with People, Nikki hinted at a possible reconciliation, telling the mag they were back in communication and revealing, “I told him to make a list and I have to make a list about what makes us so happy for the rest of our lives and what are the things we want. I don’t want him to ever live in regret. It’s not a decision you can make super quick. You really got to take time by yourself.”