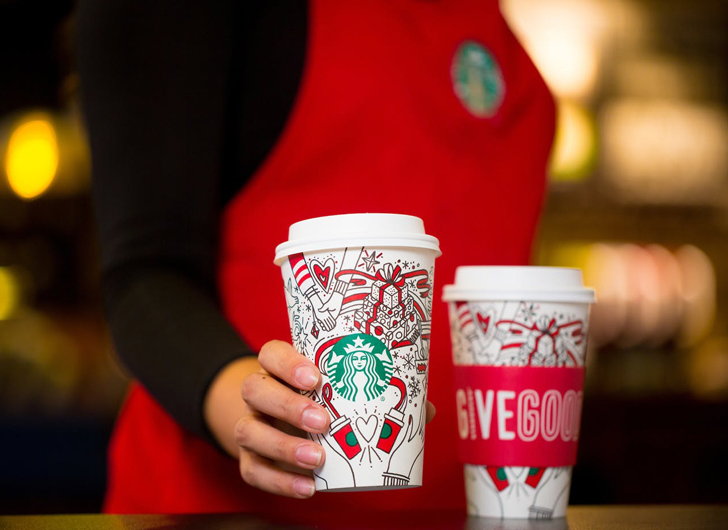 Starbucks are encouraging their customers to embrace their creative side with this year’s much anticipated holiday coffee cups.

Giving Good starts with you. Our cup. Your creativity. #GiveGood pic.twitter.com/KyTb7lP6qI

Generally, Starbucks has issued the cups in the traditional yuletide colors of red, or green – but this year they are requesting customers color their own cups in whatever color they desire.

Michael Bublé shifts in his slumber. Mariah Carey feels her power grow. Starbucks debates on which cup to use…. Christmas is coming

The cups, which are available now in Starbucks stores, feature black and white designs set amidst a few pops of green and red. The black-and-white illustrations can be colored in by customers and Starbucks has revealed they will carry colored pencils in stores for people to use!