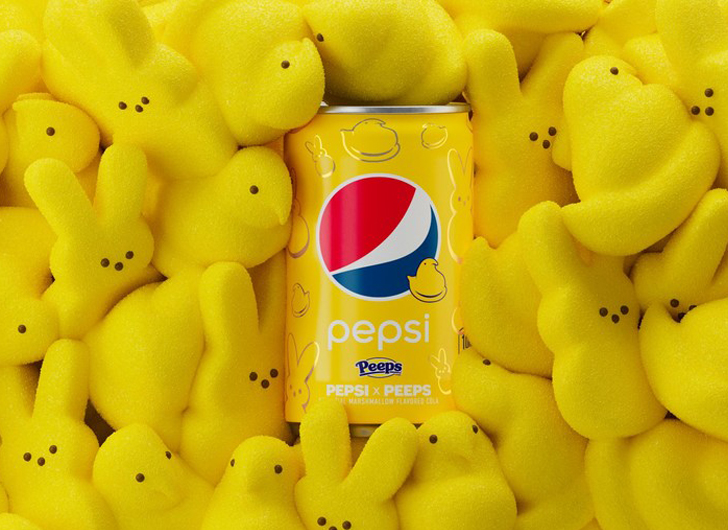 Pepsi and Peeps have joined forces to create a soda that screams Easter!

Pepsi and Peeps Marshmallow Cola comes housed in a three-pack of adorable little 7.5 oz yellow, blue, and pink cans – and, according to People, taste vaguely like Lucky Charms.

Alas, customers won’t be able to purchase the Marshmallow Cola from stores and will instead have to enter a sweepstake to win some by hashtagging “#HangingWithMyPEEPS” on their social media photos.

“After what has been a very difficult year, many consumers are looking for new things to smile about,” Todd Kaplan, Pepsi’s VP of Marketing, said in a statement reported by People. “So, to celebrate the start of springtime, Pepsi collaborated with PEEPS to develop a limited batch of its first-ever marshmallow cola.”

According to People, fans can enter the sweepstakes beginning Thursday for an undisclosed limited time. Ten grand prize winners will also receive an “epic collector’s package of PEPSI x PEEPS.”