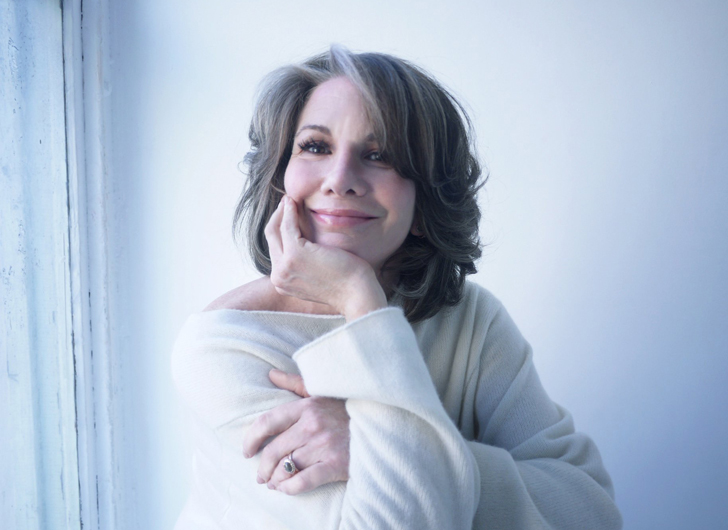 Melissa Gilbert is all about aging naturally – but she didn’t always feel that way.

Thank you @people for the lovely article. Look for it on stands this Friday! Ladies, the only real way to achieve beauty on the outside is to find beauty on the inside. #LOVEYOURSELF #happyinmyskin pic.twitter.com/ozUTTcjEAO

The actress, who turned 54 last month, opened up to People about her decision to have her breast implants removed in 2015 and why it was so hard for her to quit getting Botox.

Five years ago today, I married my collaborator, best friend and inspiration. Because of him, I am living a dream I never even knew I had. Not only that but he’s the funniest person on the planet. I am so blessed that we found each other. He is my beloved and I am his. Happy Anniversary Timmy! #marriage #anniversary #bestfriends #soulmates #kindredspirits #twinflame #loveofmylife

A post shared by Melissa Gilbert (@melissaellengilbertbusfield) on Apr 24, 2018 at 11:28am PDT


Gilbert revealed to People her change in attitude about aging was thanks to husband, Timothy Busfield, saying, “Through his inspiration I found the courage to be just me.”

But the decision to let just the aging process naturally run its course was not something Melissa embraced easily, especially during her stint on Dancing With The Stars, which she says “was the peak of Botox, fillers, spray tan, hair extensions, big boobs. That was the epitome of all the stuff I’m opposite to at this point.”

A post shared by Melissa Gilbert (@melissaellengilbertbusfield) on May 8, 2018 at 8:28am PDT


“I just had to sit back and reevaluate and find my way, and I’m actually really glad that I did,” Melissa told the mag. “I feel healthier than I ever have, physically and emotionally. I’m stronger.”

Melissa decided to have her breast implants removed because she was worrying about them leaking as she got older. But as for quitting Botox, that took a little longer.

“A couple of years ago I decided that I would try to sneak in a tiny bit of Botox to see if Tim noticed. The first thing he said to me was ‘What did you do?’ And he said, ‘I can’t read your expressions. I don’t know what you’re feeling.’ And he was right,” Melissa shared.

A huge process has begun. A major shift. I'm trying to live and age as authentically as I can. So today we are changing my hair color to match the current natural color of my roots. My natural hair has gradually become very light brown and is full of lovely sprinkles of silver and white. I have the most amazing silver streak right at the front. Red hair is now a part of my past. I am going to be exactly who I am right now. I've been gifted with 53 incredible years on this planet and I'm going to celebrate it all! I am choosing to go forward comfortable in my own skin…and hair. I am a Golden Girl! #authenticliving #aginggracefully #happyinmyskin

A post shared by Melissa Gilbert (@melissaellengilbertbusfield) on Jun 29, 2017 at 10:43am PDT


Since then the star has eschewed all plastic surgery, Botox and fillers and has even stopped dying her trademark red locks, telling People, “I’m done with enhancements. I look great for my age and I feel great and I’m happy.”