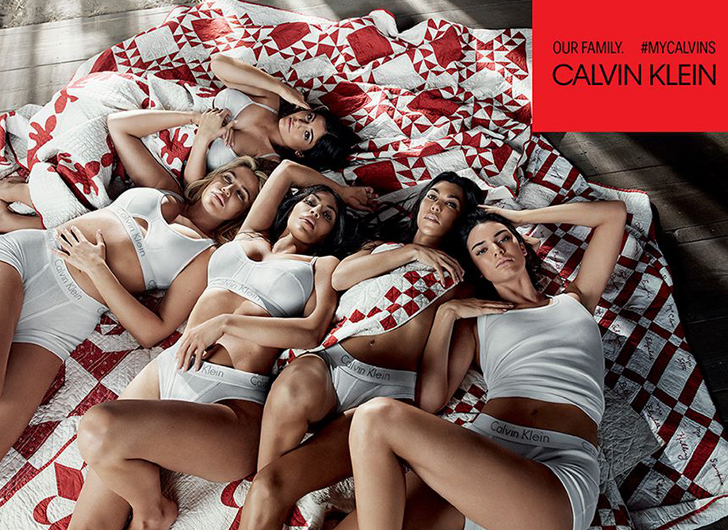 Appearing in an ad for Calvin Klein alongside sisters Kim, Kourtney, Khloe and Kendall, Kylie Jenner strategically placed a quilt over her rumored baby bump.

Our family for @calvinklein!! #ad #MyCalvins ❤️ I can’t believe we’re in a Calvin Klein campaign! So surreal!


The KarJenner sisters appeared together for the photo shoot, which was shot by celebrity photographer Willy Vanderperre for the latest installment of #MyCalvins campaign.


The use of the American quilt, other than hiding Kylie’s bump, also symbolizes “unity between strong individuals” according to Calvin Klein.

The talking point du jour? Four of the Kardashian-Jenner clan feature in the @CalvinKlein ads for Raf Simons' new-season collection. "Family is everything," says @KimKardashian. What are your thoughts on the latest #mycalvins ads? 🗯


Not only were the sisters filmed wearing Calvin undies, they also sported pieces from the fashion designer’s Spring 2018 clothing line.

“Never have I ever…”: Families share everything. @kimkardashian, @kyliejenner, @kendalljenner, @khloekardashian and @kourtneykardash were shot here by @willyvanderperre. More at calvinklein.com/mycalvins. ⠀⠀⠀ ⠀⠀⠀ Show us your family and follow #MYCALVINS to see more from around the world.


According to a press release from the company, the latest campaign shoot featuring the Kardashian-Jenner sisters focuses on “Our Family” adding, “Whether you’re related or you bond over shared dreams, family is what you make it. A patchwork of individuals, unified and unbreakable.”