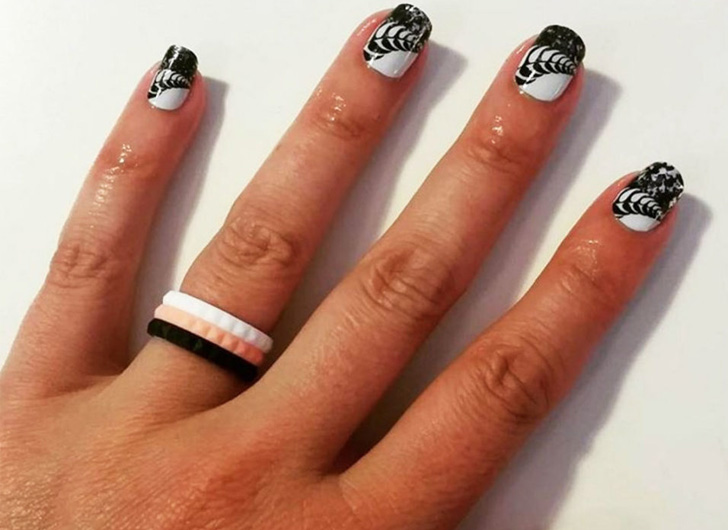 It’s the one item of jewelry married couples rarely take off. But for those who lead an active lifestyle, work outdoors, or who dislike the feeling of hard metal on their fingers, there’s a new wedding band material that is being welcomed by both professional athletes and stay-at-home moms alike.

Silicon wedding bands have been popping up on the fingers of newly married couples everywhere, and although they were initially targeted for men, they are becoming more and more popular with brides.

When you go for a run at the crack of dawn hoping to see a beautiful sunrise and you end up with nothing but fog instead. I do love my new #siliconweddingband though. #garminforerunner235 #marathontrainingday2 #5miles

Not only are they more affordable than their gold and platinum counterparts, they are also safer for those who work with heavy machinery where wedding bands can get caught.

Seen on the wedding fingers of NFL players such as Kirk Cousins, Dalton Kerr, Marvin Jones and Andy Dalton, they are also a big hit with professional surfers like Shane Dorian and Kalani Robb, volleyball players, fitness gurus and other pro-athletes.

Had the best time today with @qalo checking out their new stackable rings which are perfect to wear when working out or heading to beach! The @toneitup girls are my new favorite duo!, not only is their booty workout the best they are awesome!

The Hills reality star, Audrina Patridge, loves her silicon wedding band by QALO for days when she doesn’t want to risk damaging, or losing her diamond band. “They are so cute and light,” Audrina says of her QALO stackable rings. “I don’t have to worry about my diamond getting scratched.”

Silicon is heat resistant, anti-microbial and non-toxic and with an average price of $10 to $25 you won’t mind if you lose a couple here and there!