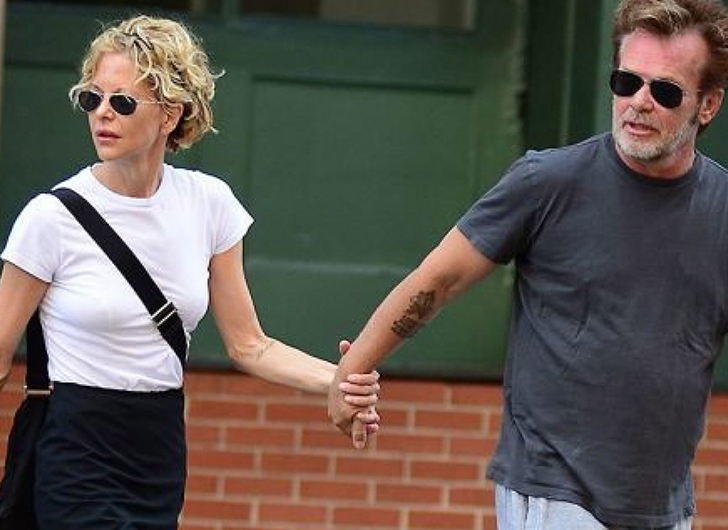 Congratulations are in order for Meg Ryan and John Mellencamp after the actress shared news of their engagement!

Meg and Mellencamp began dating in 2010 and called it quits five years later. They reportedly reconnected in 2017 and have been dating on-again off-again since then.

Meg was snapped wearing a sparkly engagement ring on Halloween with the actress taking to Instagram a week later to share the happy news.


“Engaged!” Meg captioned an adorable cartoon picture of the pair.