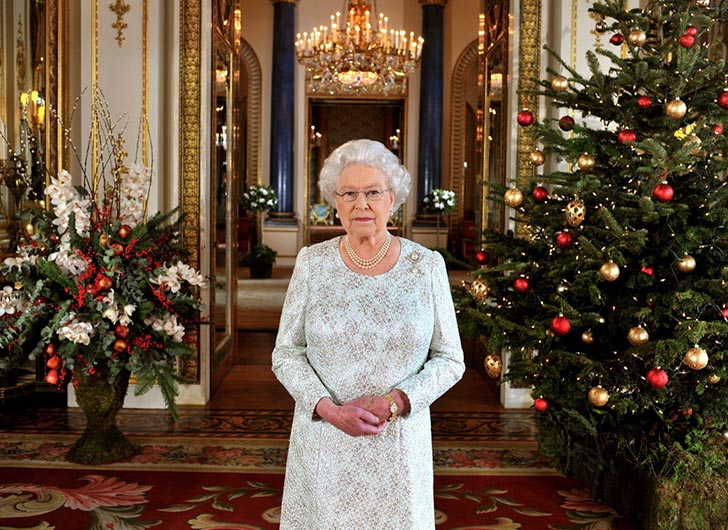 Like any family the royals enjoy a Christmas Day filled with family, tradition and food – lots and lots of food, apparently.

According to Reader’s Digest, one-time royal chef Darren McGrady – who worked for Queen Elizabeth from 1982 until 1998 – has revealed just what the British royal family nosh on throughout Christmas Day, along with some of their firm favorites.

Royal Residences have been transformed for the festive season with the arrival of Christmas Trees, including this one at Buckingham Palace 🎄 #ARoyalChristmas pic.twitter.com/sCx7VDYgML


Speaking to Marie Claire UK, McGrady reveals the family starts off the morning with a whopper of a breakfast they eat before heading off to church, including eggs, bacon, and sausage.

Following church, they settle down to whet their appetites with a light lunch of “salad with shrimp or lobster, and a roasted turkey, and all of your traditional side dishes like parsnips, carrots, Brussels sprouts and Christmas pudding with brandy butter for dessert.”

After Queen Elizabeth delivers her traditional Christmas speech, which is broadcast throughout the UK at 3 p.m. it’s time for afternoon tea, which normally includes a festive fruitcake.

Want to make your own ‘Cinnamon Stars’? The Royal pastry chefs at Buckingham Palace are excited to share their recipe with you! 🌟 #ARoyalChristmas

Visit our website for the detailed recipe and method: https://t.co/f6Y2dtuiZH pic.twitter.com/2Kp73AyTyb


According to McGrady, Christmas dinner is a big one for the royals. The chef reveals the Christmas dinner buffet showcases up to 20 different items including a variety of carved meats, seafood, roasted vegetables, gingerbread cookies and that all-important Christmas pudding served with brandy butter. It’s likely the family and their Christmas guests wash the delicious food down with cherry brandy and hard cider.