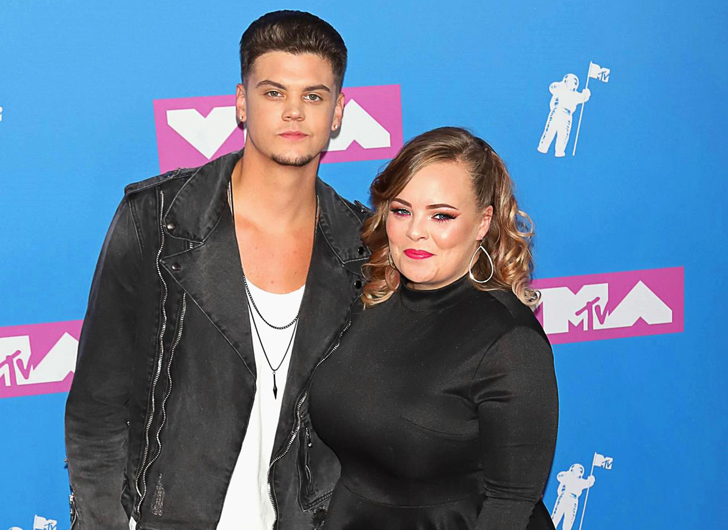 so excited to finally reveal our big news #LinkInBio”


The couple’s difficult journey with placing their first born daughter up for adoption after getting pregnant at 17, was documented on an early season of MTV’s hit Teen Mom. After returning to Teen Mom OG, Catelynn shared with viewers the postpartum depression she suffered while raising their three-year-old daughter Novalee, and a tragic miscarriage.

“The big news is that we are expecting our rainbow baby,” a thrilled Catelynn told Us Weekly. “This baby is our rainbow after the storm. I’m super excited.”

“It was a huge shock at first,” Catelynn revealed. “We were not planning it. Especially after the miscarriage and how I went downhill with my mental illness.”

Me & Cate will be attending the #VMAs TONIGHT at 9/8c on @mtv don’t forget to tune in! #TeenMomOG


“We were going to wait a really long time,” Catelynn said of the surprise pregnancy. “We were using protection and everything and still got pregnant. This baby just wanted to be here. It was very unexpected.”