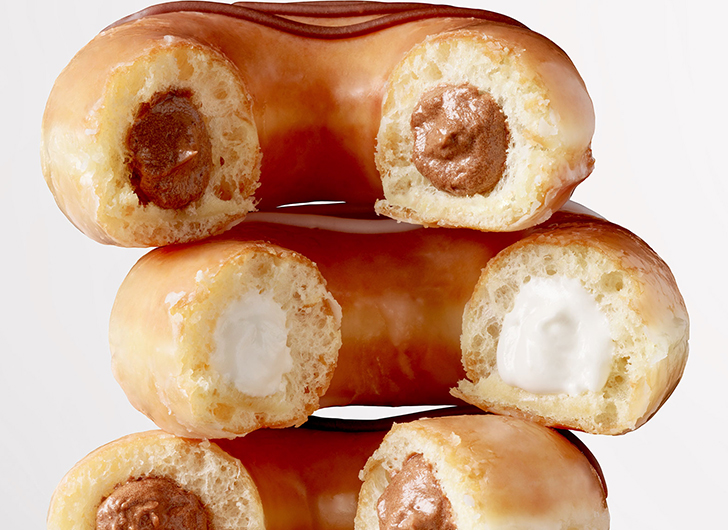 Krispy Kreme is renowned for their delectably soft, melt-in-your-mouth doughnuts, but the new addition to their lineup looks even more yummy.

The doughnut chain announced they will be adding cream-filled doughnuts to their menu – and best of all they will be permanent additions.

One small bite for man. One giant leap for doughnut-kind! 👨‍🚀 Original Filled Doughnuts are blasting off in honor of #Apollo11 50th anniversary! 🍩 🚀 #KrispyKreme #RogerThatCommander pic.twitter.com/Ipw1AuRKVa

Customers will have the choice of Chocolate Kreme, or Classic Kreme weaving its way inside Krispy Kreme’s classic ring-shaped doughnuts.

The new doughnuts will be available at U.S. stores starting June 17, but you can try one for free on June 22 – aka National Doughnut Day!