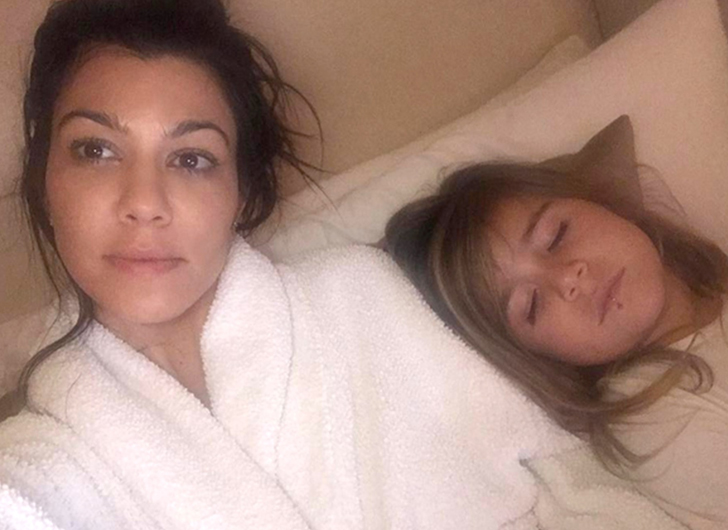 Kourtney Kardashian has received some backlash on social media after posting a picture of her four-year-old daughter, Penelope, wearing a lip ring.

Our Oscar Sunday. Yes, that's a lip ring. Thanks @kimkardashian


Kourtney captioned the pic of her and Penelope lounging in bed, “Our Oscar Sunday. Yes, that’s a lip ring. Thanks @kimkardashian.”

Kourtney’s sister Kim has been spotted on a few occasions sporting a fake lip ring and it looks like little Penelope wanted in on the trend, however not everyone thought it was appropriate attire for a little girl, with some comments calling it “trashy” and asking if it was “necessary.”

Still others came to Kourt’s defense commenting it was a fake lip ring and “it’s just a little girl playing dress-up.”