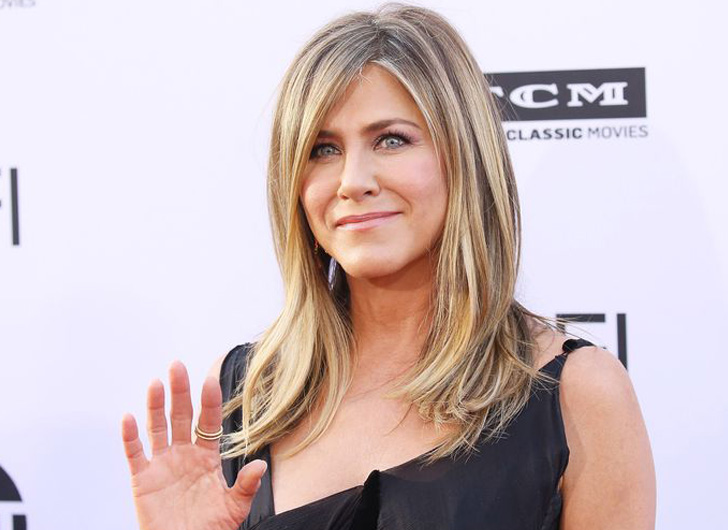 It’s been nearly five months since Jennifer Aniston and husband Justin Theroux pulled the plug on their marriage and according to Us Weekly the Friends alum is reportedly dating again.

A source told Us Weekly the ever-youthful 49-year-old is being wooed by two different suitors, neither of them an actor.

“It’s very hush hush,” the source told the mag, revealing the first suitor is a recently divorced tech titan and the second “is an industry creative she met when they started working together on a project several months ago.”

Us Weekly is reporting that Jen, who is filming the new Netflix movie Murder Mystery in Montreal alongside Adam Sandler, is in good spirits with a source from the movie set revealing “Jen seems happy every time she’s on the set.”

Despite her positive attitude Us Weekly’s source confided, “As strong as Jen is, she tends to be very wary of new people. It normally takes a while for her to open up and trust someone.”