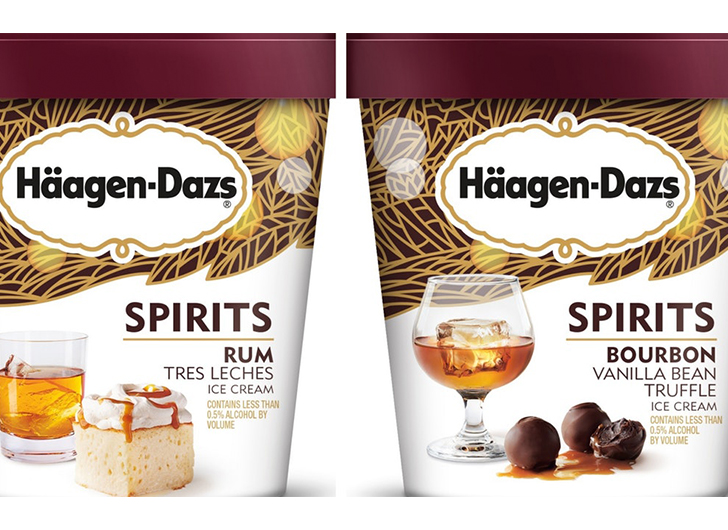 Ice cream and alcohol sound like a match made in indulgent heaven and Haagen-Dazs’ new line of boozy flavored treats promises to take your regular vanilla flavor to a whole new level.

Word on the street is that #HaagenDazs has put out a ‘SPIRITS’ line of ice cream. ABV is about 0.5% like some NA beers out there. My question is: what spirit #brands are you using @HaagenDazs_US ?? #bourbon #rum #irishcream #amaretto #stout pic.twitter.com/8lC0bRClKo

The ice cream company has launched a “Spirits” range of different flavors, all showcasing a different type of liquor.

Don’t expect to get tipsy though. Each flavor only contains less than 0.5 percent alcohol by volume.

The new line will be available nationwide by April, but are available in some stores now just in time for Valentine’s Day!