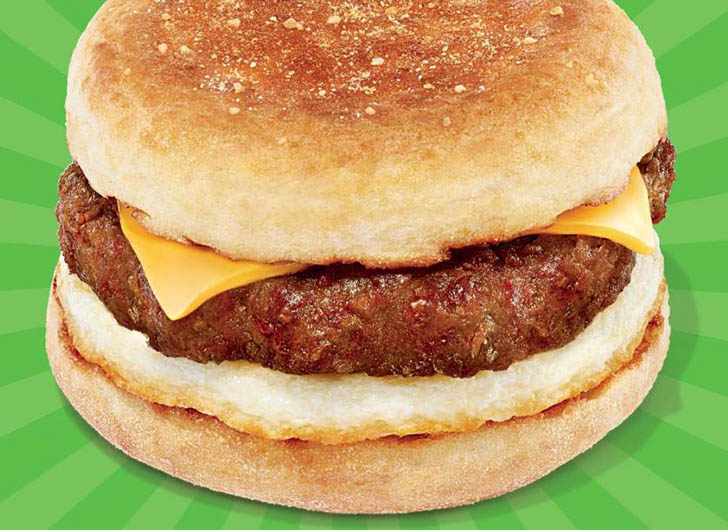 With meatless options popping up on fast food restaurant menus everywhere, Dunkin’ has unveiled a ‘Beyond Meat’ breakfast sandwich sure to satisfy even the hungriest carnivore.

After testing the sandwich over the summer, Dunkin’ has decided to launch the sandwich nationwide – two months ahead of schedule!


The breakfast sandwich, which features Beyond Meat’s meatless sausage sandwiched between an egg and cheese and served on an English muffin, quickly became a hit when it was tested in New York City over the summer becoming the second best-selling item in Dunkin’s Manhattan stores.

The new sandwich will launch nationwide at over 9,000 Dunkin’ locations starting November 6th.