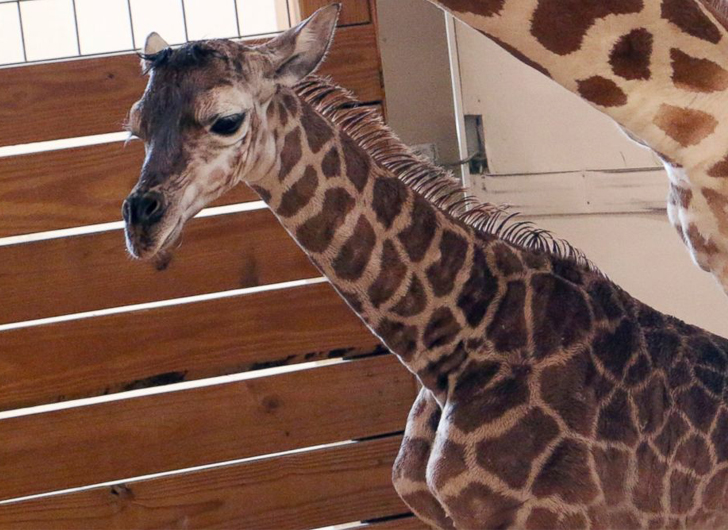 It was the much anticipated birth that transfixed a nation. And now April the Giraffe’s baby boy has been given one very inspirational name.

The Animal Adventure Park in New York announced Monday the baby giraffe would be called Tajiri.

Following April’s birth the zoo held a nationwide vote to pick a name for April’s son. Each vote cost $1 and proceeds going towards the Animal Adventure Park, Ava’s Little Heroes and the Giraffe Conservation Foundation.

After two rounds of votes it was ultimately decided that the baby’s caretaker, Allysa, should make the final call.

Speaking in a live Facebook stream, Allysa revealed, “Tajiri was really what spoke to us. Tajiri is Swahili for both hope and confidence. Hope is something that Tajiri has not only brought you guys as a community globally now, but it is hope for giraffes. We have been able to give giraffes a voice. We are confident that…your children will have giraffes in their future.”

Tajiri will be known as Taj for short.