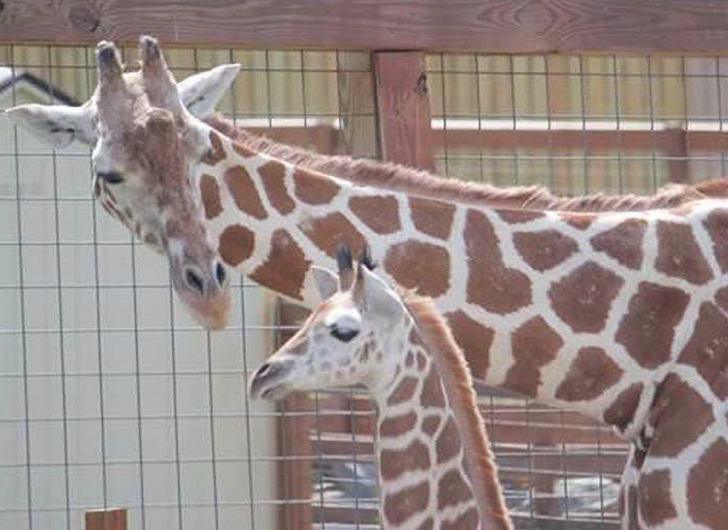 If you missed our big announcement on the Today's Show, here it is! Click below to find out April's big news! https://t.co/TnWrenTDZQ

April the giraffe is pregnant again and I just don’t know how responsible that was with Geoffrey out of work and all… pic.twitter.com/pIfeMPrUZ3

Animal Adventure Park owner Jordan Patch made the exciting pregnancy announcement on the TODAY show saying “The results are in and we are having a baby!”

April the giraffe is pregnant again and honestly I’m not ready to make this kind of emotional commitment again. pic.twitter.com/rgOiRZse9J

April the giraffe is pregnant again and I don’t want to hear anything about it until it’s actually born. Last year I waited nearly two months for that giraffe to give birth

“Every calf counts,” Patch said of April’s newest pregnancy news. “Giraffe populations have declined by 40 percent in the past 30 years, so every calf born in a captive management program means something.”