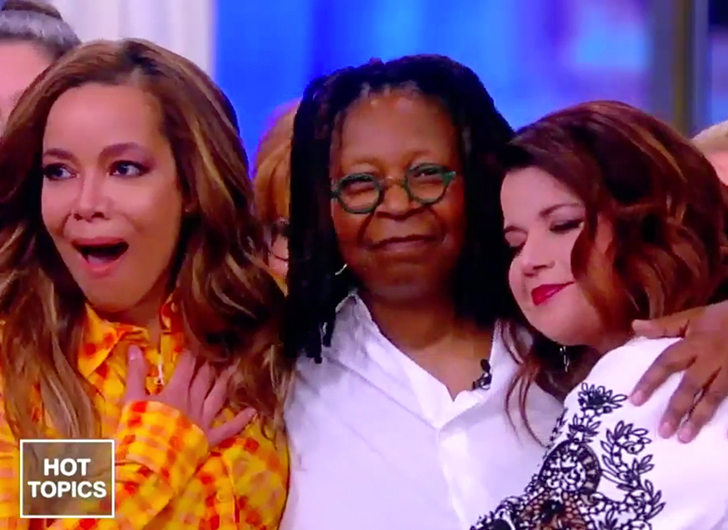 Whoopi Goldberg was back on The View today – at least temporarily.

"I really kind of missed y'all!" ❤️@WhoopiGoldberg on returning to @TheView full time: "Over the next week and a half, I will start to be here more often. But I wanted the first foray to be to come see y'all." https://t.co/f8u2wc159S pic.twitter.com/wm80RnqYrH

Goldberg, who has been off the hit ABC morning talk show since February 5th, has been suffering from pneumonia in both lungs, which spread and became septic leaving the star perilously close to death.

Goldberg stunned her co-hosts who had no idea she would be making a surprise visit, even revealing she hopes to be heading back to The View over the next week and a half with more visits.

“This was like, really bad. … The scariest moment was my doctor saying to me, ‘You do realize how close to death you were?’ That was like, ‘Uh, no.’ I actually hadn’t thought of it,” Goldberg told her View co-hosts. “You must really take care of yourself because there’s little tiny stuff out there that will kill you that you never think of.”