Michael Bublé Finally Has His Own Bubly Flavor 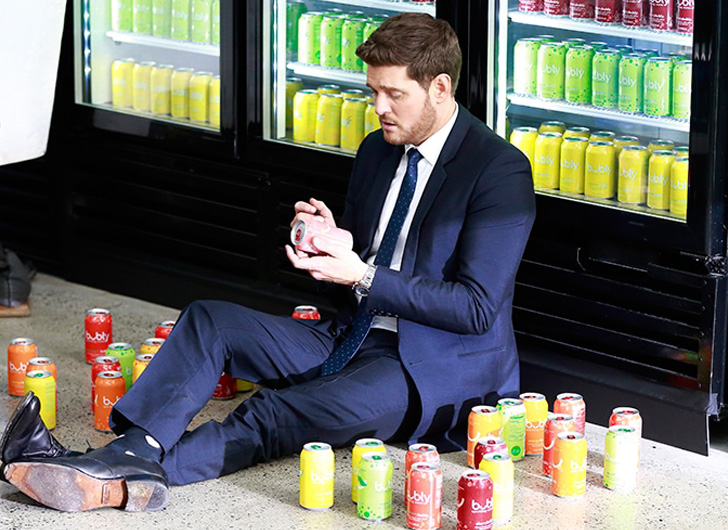 After years of being just a humble spokesman for PepsiCo’s Bubly brand, singer Michael Bublé has finally been given his own limited-edition Bubly flavor!


Since Michael Bublé is such a favorite around the holidays, it’s only fitting his Bubly flavor is all about the festive season.


“Merry Berry Bublé” features a mix of strawberries, raspberries, and blackberries – which make up some of Bublé’s favorite berry flavors.

“Finally, finally, after years and years of me trying to make this happen, PepsiCo has finally given in and accepted that it is in their best interest to change the name,” Bublé told People. “Not just to change it but to actually add the é, so that I don’t have to go physically to all the stores like I actually do, believe it or not.”

The limited-edition holiday flavor will be available to a “lucky number of fans” People reports through a new sweepstake that runs until December 8.

For a chance to win your own “Merry Berry Bublé” fans are asked to follow and tag @bublywater while sharing something they did this year that was naughty or nice. They must use the hashtag “#merryberrysweepstakes” in their caption on Twitter or Instagram.