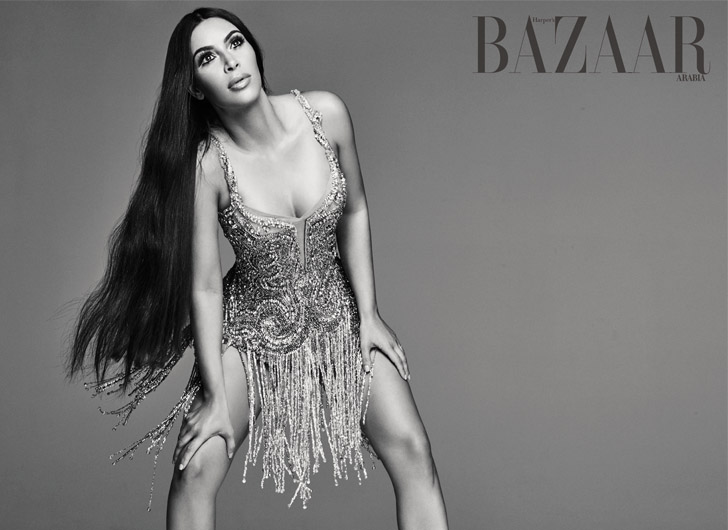 Kim Kardashian is renowned for her ever-evolving style and the reality TV star showed she is quite the chameleon during recent photo shoots for two different magazines.

I loved reading the interview inside @interviewmag by @janetmock THANK YOU Janet! North's interview is so cute too! Thank you Penelope, Kaia Gerber, Millie Bobbi Brown & the Federline boys for asking North her questions

The 36-year-old alongside adorable daughter North were featured in Interview magazine, where Kim morphed into Jackie Kennedy circa the White House years. Wearing her hair in the style of Jackie’s trademark bouffant bob and donning a black sheath dress with white gloves and matching pearls, Kim epitomized Jackie O’s 1960’s style.

Here's a bts pic from our @interviewmag shoot. Just wanted to thank @stevenkleinstudio for pushing me to do a shoot that was very different & powerful & allowed me to pay homage to the iconic Jackie Kennedy who I admire & respect!

Kardashian also shared a touching behind-the-scenes touching shot of her and North, revealing how much she admires and respects the late Jackie O.

In a second photo shoot for Harper’s Bazaar Arabia Kim channeled her inner Cher – a fashion maven she called her “number one style icon,” telling the mag, “she always had the sickest style, I’m obsessed with her.”

Wearing her hair long and straight, with feathered eyelashes reminiscent of Cher’s Studio 64 days, the photo even got a shout-out from Cher herself who tweeted, “Love this pic. My Little Armenian. Sister did us both Proud.”