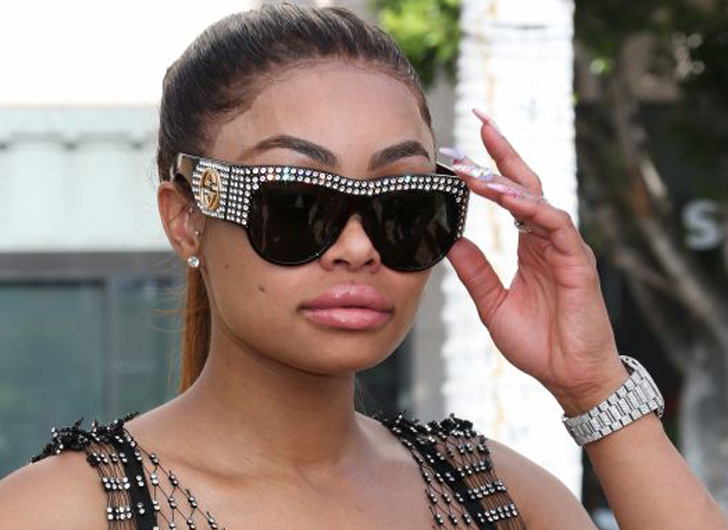 After Blac Chyna was caught on camera swinging a baby stroller at someone at a Six Flags Amusement Park on Easter Sunday, a source close to the Kardashian family revealed they are worried.

Rob Kardashian’s ex – and the mother of his daughter, Dream – was filmed getting into an altercation with an unidentified woman at Six Flags Magic Mountain, where she was spending the day with son, King Cairo and Dream. In the video, Chyna is shown removing her jacket before swinging the child’s pink ride-on car at the woman, while several people try to restrain her.

A source close to the Kardashian’s revealed to People Chyna’s actions are a cause of concern for the family, telling the mag, “She is just drama all the time. The family’s just relieved Rob isn’t with her anymore.”

“Dream’s safety is the family’s biggest concern,” the source added.

According to an interview with E!, “Nobody is surprised to see what happened. They are just glad Dream was not in the stroller and is safe. It’s concerning that Chyna behaves this way with Dream around, but that’s just typical Chyna behavior.”

“It’s a shame she can lose control of herself and rage so easily,” an insider told E!. “The family hopes that she will be better for Dream and will learn from this.”

A representative from Six Flags issued a statement saying both parties were asked to leave the park.


Blac Chyna took to social media to defend her actions, revealing she was protecting her children.

“Being famous is hard enough dealing with scrutiny but when someone feels comfortable to come and touch your child it’s a whole other story,” Chyna told fans. “I do not condone violence nor am I a violent person but shout out to all the amazing mothers out there that will protect their children at all cost. Love, King and Dreams Mommy.”