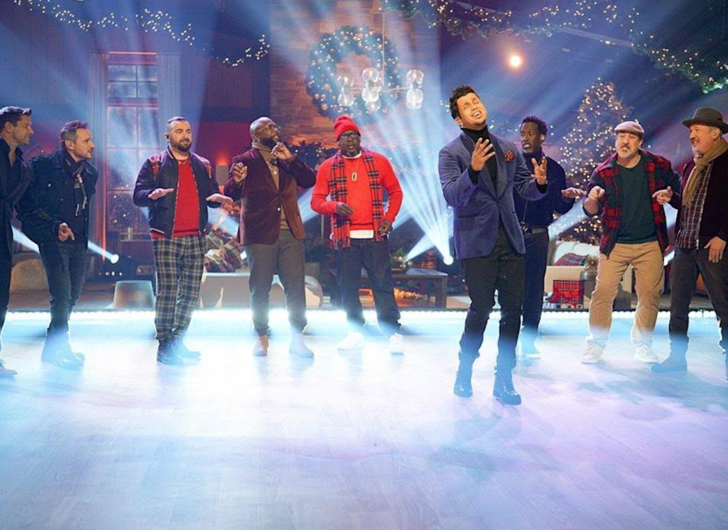 ABC is bringing together some of the most iconic boy bands this festive season for a special holiday concert – and fans everywhere are counting down the days.

ABC’s A Very Boy Band Holiday, will feature members from 98 Degrees, O-Town, New Edition, New Kids on the Block, Boyz II Men, and *NSYNC singing some of our favorite holiday tunes helped out by a few very special surprise guests.

It's beginning to look a lot like A #VeryBoyBandHoliday! See who I'll be celebrating the season with and tune in Dec. 6 on @ABCNetwork pic.twitter.com/ZtM8dKNV0X


A Very Boy Band Holiday will include some of our most beloved boy band members, including Joey Fatone, Lance Bass and Chris Kirkpatrick from *NSYNC, Joey McIntyre from NKOTB, Bobby Brown and Michael Bivins from New Edition, Wanya Morris and Shawn Stockman from Boyz II Men, Erik-Michael Estrada from O-Town, and all the members of 98 Degrees (Nick Lachey, Drew Lachey, Jeff Timmons and Justin Jeffre).

The show will also feature a new holiday song on the special from *NSYNC’s Joey Fatone and Boyz II Men’s Wanya Morris, along with a special performance of “This One’s For The Children” by NKOTB’s Joey McIntyre and his son, Griffin.

“It’s a festive night to reminisce, harmonize and invite families to curl up on the sofa together with a warm cup of cocoa, sharing a merry night full of falalalas,” ABC said in a press release.

A Very Boy Band Holiday will air on ABC on December 6.