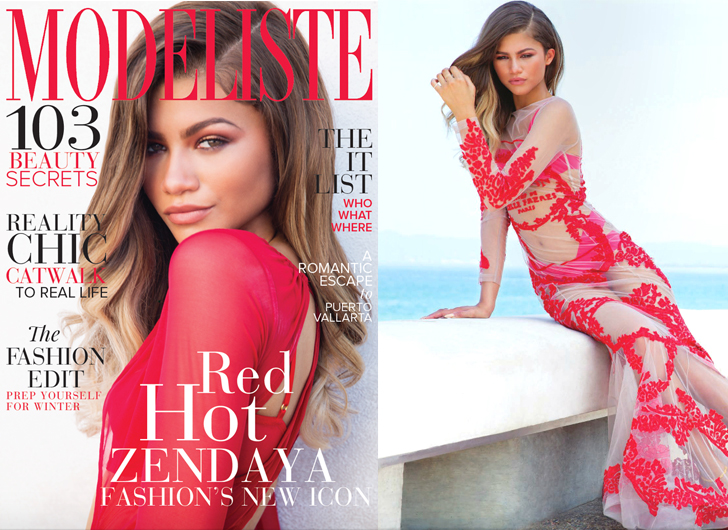 Zendaya posed for Modeliste magazine’s November issue where she graces the cover and is featured for a spread inside the magazine. Photos of the shoot were published online to promote the magazine’s upcoming issue, but Zendaya was displeased with what she saw. 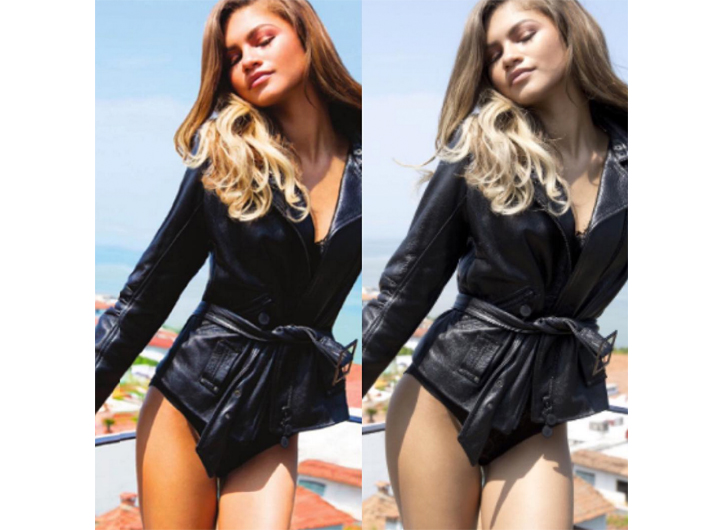 The 19-year-old Disney actress and singer took to Instagram to express her concern for one photo in particular. She posted this snapshot of a before-and-after and stated, “Had a new shoot come out today and was shocked when I found my 19 year old hips and torso quite manipulated. These are the things that make women self conscious, that create the unrealistic ideals of beauty that we have. Anyone who knows who I am knows I stand for honest and pure self love. So I took it upon myself to release the real pic (right side) and I love it😍😘

Modeliste magazine took the re-touching issue seriously and quickly pulled the photo from it’s online advertising, promising to fix the issue and post the real untouched snapshot versus a tanner and thinner version of herself.

Zendaya appreciated the editor’s quick response and added to her post, “Thank you @modelistemagazine for pulling down the images and fixing this retouch issue.”

Editor-in-Chief of the magazine, Amy McCabe took to Instagram in a lengthy post in an attempt to clear up the situation. She posted, “As Modeliste Magazine’s Editor-in-Chief, I would like to send a message to all of @zendaya beautiful, shining and loyal fans: We hear you and thank you for your outpouring support of the issue and this talented and inspiring young woman that we are all blessed to have as a role model and who will continue to inspire us through her artistic talents, intellect, creativity and honesty.”

She added, “I am compelled to publicly address this situation which was brought to my attention yesterday, personally by Zendaya, prior to the issue’s anticipated premiere. Upon review of the final edited images which had been submitted to us by an independent editing company, together as a collaborative between myself, Zendaya and her parents, we concluded that the images had been retouched to an extent that was not acceptable and not true to the values and ideals we represent and promote in our publication I, therefore, made the executive decision to immediately pull the issue in order to have this rectified and have the images restored to their original, natural state which will reflect the true beauty and radiance of Zendaya. We look forward to sharing these shortly upon the issue’s re-release.”