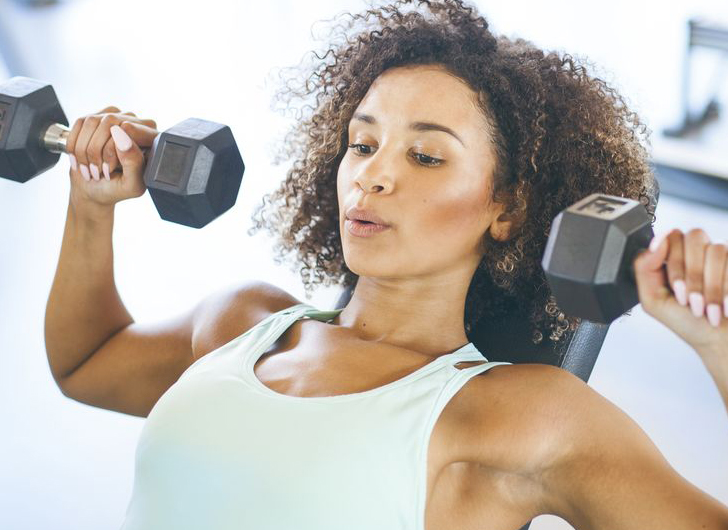 According to People, the researchers found that lifting weights “significantly reduced anxiety symptoms” in the young people who participated in the study.

The researchers took 28 physically healthy young adults who all scored in a healthy range on anxiety questionnaires, People reports. The study group was then split into two separate groups with one half continuing their normal lives as a control group and the other half implementing a weight training regime designed by researchers.

Over the course of eight weeks, both groups were asked to repeat the anxiety questionnaires. According to People, the weight lifting group scored approximately 20 percent better than their original scores, reporting lower levels of anxiety than when they started. The control group remained the same.

“The routine was based on guidelines from the World Health Organization (WHO) and the American College of Sports Medicine,” People reports. “It asked the participants to engage in muscle-strengthening exercises with dumbbells or other equipment twice a week, including lunges, lifts, squats and crunches.”

“There are numerous ways to strength train with little to no equipment,” the study’s co-author, Dr. Brett Gordon, told the New York Times. “Try common bodyweight exercises, such as push-ups, sit-ups or squats, or use household items as weights.”