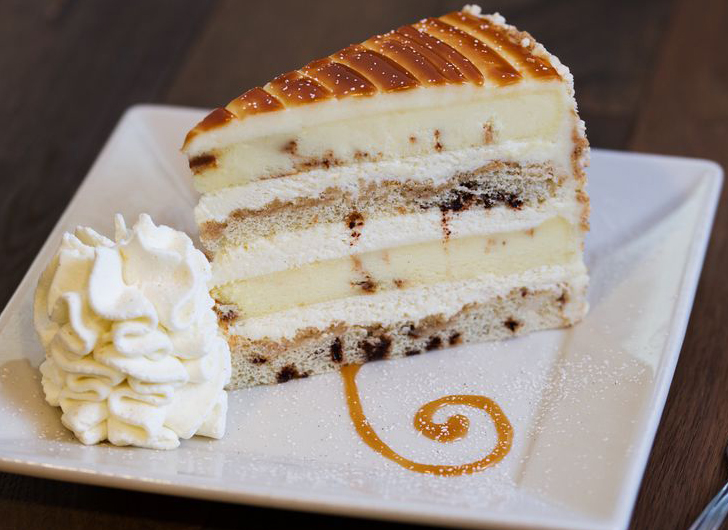 The sweet secret is out! Not one, but TWO new flavors are arriving July 30th for #NationalCheesecakeDay. Check out @delishdotcom's article for all the yummy details: https://t.co/3un8xC7zMM

Just in time for summer the restaurant will be unveiling a Cherry Chocolate Cheesecake and a Cinnamon Swirl Cheesecake.

According to delish, the Cherry Chocolate Cheesecake is made with Ghirardelli chocolate pieces layered between chocolate cake and cherry cheesecake. Real cherries on the inside and chocolate cherry crunchies on the outside complete the tasty treat.

The Cinnamon Cheesecake is made with Cinnabon cinnamon cheesecake, vanilla crunch cake, cream cheese frosting and caramel. Crunchy candies adorn the outside of the comforting delicacy.

Both flavors will hit the restaurants on July 30, which is also National Cheesecake Day and the restaurant will be offering an “Any Slice, Half Price” deal on that day.