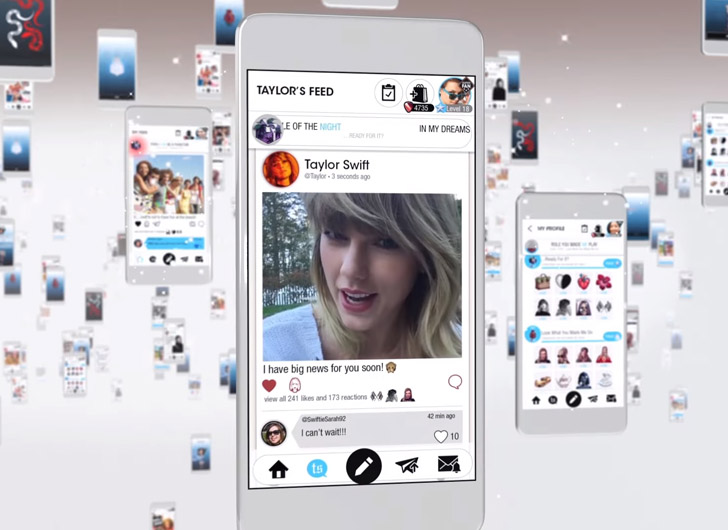 Taylor Swift has launched her own social networking app called The Swift Life.

#TheSwiftLife is now available WORLDWIDE for free in the @AppStore! 🙌🎉

According to Entertainment Weekly the app is a positive place for ‘Swifties’ to communicate with one another and even the star herself. In her first post on The Swift Life, Taylor shared a pic of herself along with her cat, writing, “So happy this is finally out so we can talk on here.”

The free app was created by Glu Mobile, the company also responsible for Kim Kardashian: Hollywood. And like Kim’s app, Taylor now has her own emojis, endearingly called Taymojis.

The Swift Life is available for free worldwide in the App Store. See you there! Link in bio.


The singer was busy on Instagram promoting her new app, telling her 105 million followers, “The Swift Life is available for free worldwide in the App Store. See you there!”