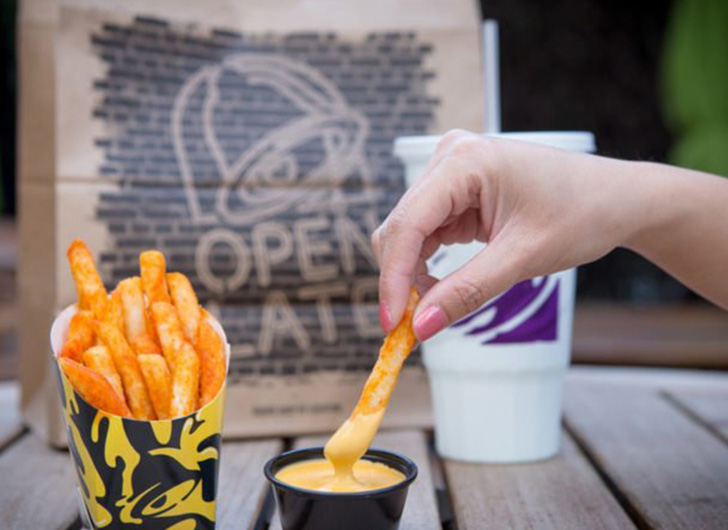 Taco Bell’s famously tasty Nacho Fries are set to return at the end of the month, with the fast-food giant revealing the beloved menu item will undergo a yet-to-be-revealed flavor twist.


Nacho Fries first debuted on Taco Bell’s menu in 2018 and became an instant cult favorite before being brutally removed from the menu. They returned – albeit briefly – in 2019, and the news Taco Bell will be bringing them back once more has die-hard Nacho Frie fans pleading for the restaurant to make them a permanent staple.

Thrillist was the first to report on the mouth-watering news, revealing 2020’s Nacho Fries will have an “all new flavor innovation that’s sure to receive critical and fan acclaim.”

No official word yet on what the flavor innovation will be, but Nacho Fries will return to Taco Bell locations nationwide on January 30.