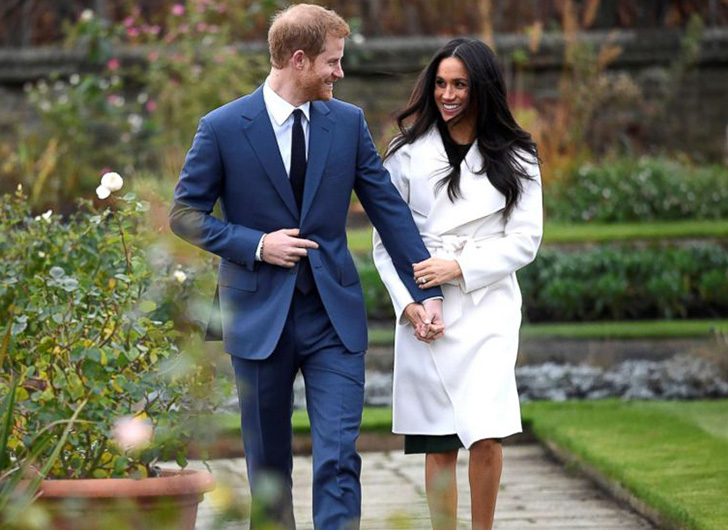 Meghan Markle is going to be a May bride!

Kensington Palace has announced the date and location of Prince Harry and Meghan Markle’s wedding, revealing the big event will take place after Prince William and Kate welcome their third child in April.

The marriage of Prince Harry and Ms. Meghan Markle will take place at St. George's Chapel, Windsor Castle in May 2018. pic.twitter.com/lJdtWnbdpB

It won’t be a long engagement for the couple, who announced their engagement earlier this week with former Suits actress Meghan Markle showcasing a diamond ring Prince Harry actually designed himself.

Kensington Palace announced the couple will wed in May and the nuptials will take place at “St. George’s Chapel, Windsor Castle” adding, “Her Majesty the Queen has granted permission for the wedding to take place at the chapel” and that “the Royal Family will pay for the wedding.”

According to the Daily Mail, Meghan will be taking out British Citizenship before she marries Prince Harry and in order to comply with the royal family’s beliefs she will be baptized and confirmed as a member of the Church of England.

Prince Harry’s communication secretary, Jason Knauf, revealed the couple are “delighted that the beautiful grounds of Windsor Castle will be where they begin their lives together as a married couple.” He added, “They also want the day to be shaped so as to allow members of the public to feel part of the celebrations too and are currently working through ideas as to how this might be achieved.”