Pink Honored with Star on Hollywood Walk of Fame 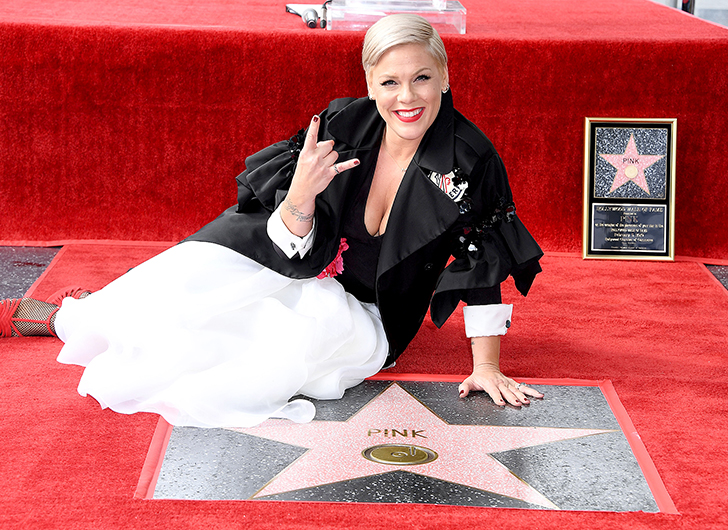 Pink celebrated alongside husband Carey Hart and their two adorable children as her star on the Hollywood Walk of Fame was unveiled.

Such a cool experience.


The singer songwriter was also joined by Ellen Degeneres and comedian Kerri Kenney-Silver who spoke at the ceremony in honor of Pink.

Pink used the occasion to reflect back on her long career including her decision to drop out of an unsuccessful girl group and get clean from drugs, according to Billboard.

“This is surreal. It has been a trip lately thinking back over the course of this career I’ve somehow managed to have. I signed my first record deal 23 years ago,” Billboard report the Grammy-winning artist as saying.

“I have achieved exactly what I wanted to achieve. Because I always knew what my strong points were. I don’t sell sex, I don’t sell perfume, I’m not the prettiest, I’m not the best. I’m f–-ing hard-looking and I have enough talent and I work on my f–king craft and I put my head down and I win. And I charge and I charge and I charge. And I don’t give up. So when I wasn’t selling records, I was still selling out arenas. I didn’t need to win any popularity contests; I wanted to be a f–-ing touring artist and I wanted to be great at what I did. And at almost 40 years old, I can say I’m great at what I do,” Pink reflected.

Such a cool experience watching wifey get her star on Hollywood walk. Proud of you baby.


Husband Carey Hart posted a picture of his wife’s Hollywood star on Instagram, captioning the shot, “Such a cool experience watching wifey get her star on Hollywood walk. Proud of you baby.”