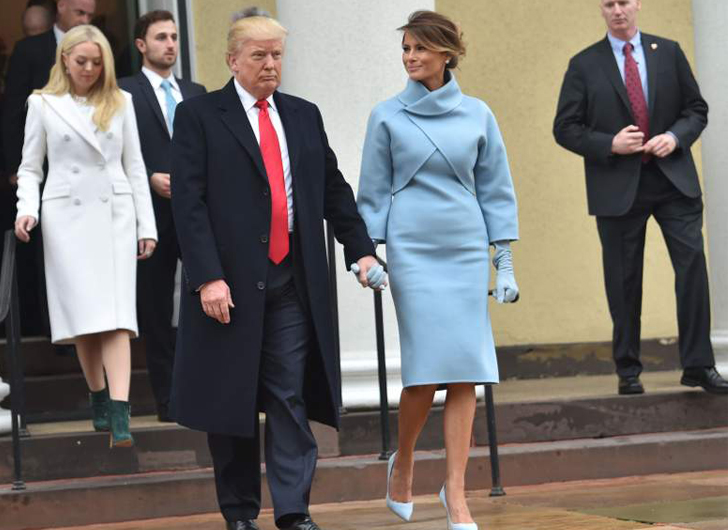 The former fashion model carefully chose the designers who dressed her for the occasion in a nod to American fashion.

Her inaugural gown was designed by Herve Pierre. Although French by birth, Herve emigrated to the United States in the 1990’s. The designer has worked on clothes for former first ladies Laura Bush and Michelle Obama – although this time he was designing under his own name. 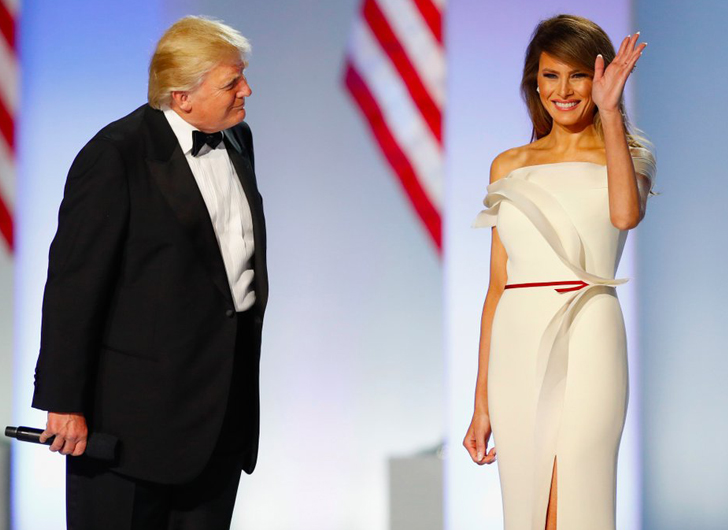 The beautiful off-the-shoulder white gown was accented simply with a burgundy ribbon around the waist and featured a subtle side slit. Melania apparently helped Herve design the dress. In a statement to Women’s Wear Daily, Leger, who worked as creative director for Carolina Herrera before branching out on his own, said, “It’s an honor to dress the first lady. I was actually lucky because over my twenty years in the U.S., I dressed all the first ladies…So I feel lucky and honored to dress Melania Trump, but this time under my name.”

I am deeply honored to serve this wonderful country as First Lady! pic.twitter.com/tRTRVkDG6z

Melania turned to the ultimate American designer – Ralph Lauren – for the inauguration day activities, including Donald’s swearing in ceremony. Wearing a pale blue dress and coat, the look reminisced to a similar style Jackie Kennedy wore at JFK’s inauguration. With matching powder blue gloves and heels, Melania wore her hair up to accent the coat’s collar and three-quarter length sleeves.