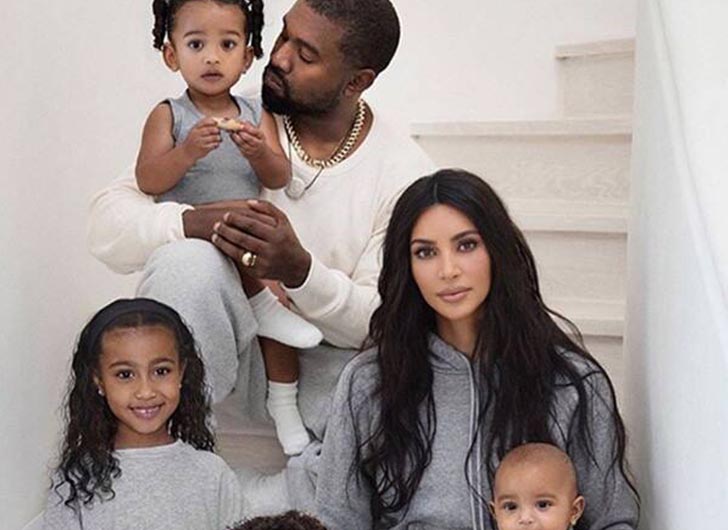 Any busy parent knows the perils of trying to assemble the family to snap that perfect holiday card shot – including Kim Kardashian-West!

The busy mom-of-four has admitted she was forced to photoshop her eldest daughter, North, into the family Christmas Card photo.


During an appearance on The Ellen Degeneres Show, Kim told Ellen her daughter simply “refused” to be in the photoshoot!

“It’s the most anxiety to get four kids together smiling in a room,” a relatable Kim shared. “North was having a day, so she refused to be in the shoot. She just was crying because she wanted her specific hairstyle, whatever.”

“Thank god the photographer was still in town,” Kim continued of the Christmas Card fiasco. “She said, ‘I just want a photoshoot with just you.’ So I said ‘Perfect,’ I called the photographer, had her come over. I said, ‘I have no makeup on now, I look totally different. Let’s just pretend — shoot us, but cut me out and you’ll photoshop her in.’ And it looks like a beautiful card.”

“I would’ve rather done it this way than the anxiety of what I went through of trying to get — I mean, Chicago has a cookie in her hand, I was really holding Psalm there, Saint was really there. The rest of us were there, but North … that was a lot. There’s always one!” Kim joked.

Kim also took the time to address the rumors circulating over the lack of a combined Kardashian-Jenner Christmas Card this year, telling Ellen, ““First of all, it was just a time thing,” she explained. “It was just a time thing of why I couldn’t wrangle everybody and I was like, ‘This isn’t my job. I’m not gonna sit here and try to get everyone to do a card. I’m gonna do one with my kids and my husband and my family.’ And even that was so dramatic.”