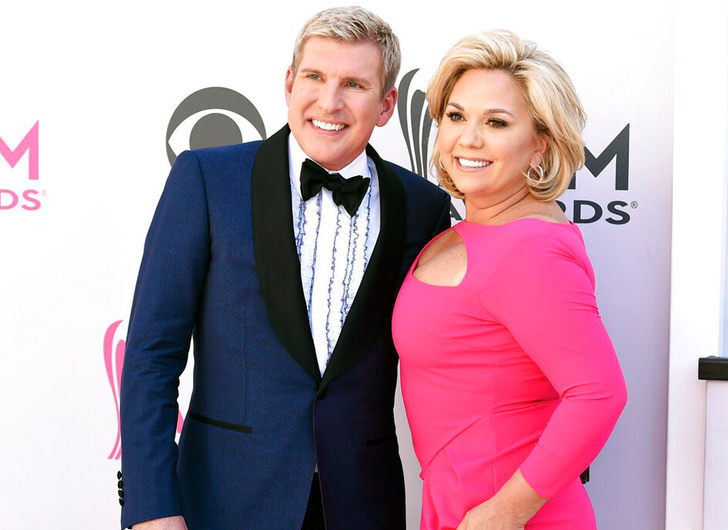 A jury has found Todd and Julie Chrisley guilty of bank fraud and tax evasion following a three-week trial.

The Chrisley Knows Best reality stars could face up to 30 years in prison, People reports. A sentencing date has been scheduled for October 6.

According to the Atlanta Journal-Constitution, a federal jury found Todd and Julie guilty of conspiracy to commit bank fraud, bank fraud, conspiracy to defraud the United States and tax fraud. In addition, Julie was also convicted of wire fraud and obstruction of justice.

People reports the couple was accused of creating false documents to take out $30 million in bank loans, mostly from smaller banks, before they became reality stars to fund a lavish lifestyle. The couple allegedly filed for bankruptcy to avoid paying back more than $20 million.

The couple is also accused of creating a shell company in Julie’s name to avoid paying $500,000 in back taxes Todd owed for 2009.

“As today’s outcome shows, when you lie, cheat and steal, justice is blind as to your fame, your fortune, and your position,” Keri Garley, a special agent in charge of FBI Atlanta, said in a statement reported by CNN. “In the end, when driven by greed, the verdict of guilty on all counts for these three defendants proves once again that financial crimes do not pay.”

An attorney for the Chrisleys, Bruce Morris, told Fox News that they are “disappointed with the verdict,” adding an “appeal is planned.”

In a statement to CNN, Stephen Freidberg, attorney for Julie Chrisley, said, “Obviously the Chrisleys are devastated and disappointed, but will be pursuing an Appeal. They are grateful for all of the love and support they have received from their Family, friends and fans. They remain strong in their faith and are deeply concerned for all of their children, as well as Todd’s mother, Elizabeth Faye Chrisley. They are looking forward to continue the fight until justice is obtained and they are ultimately vindicated.”

Chrisley Knows Best has been on hiatus since December, but the reality show’s ninth season is scheduled to return on June 23 and has been renewed for a 10th season.