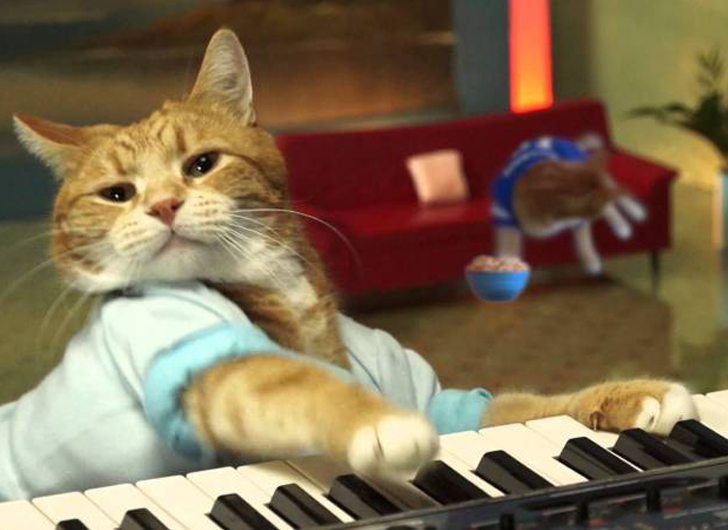 Bento, the beloved keyboard playing feline, has passed away at the tender age of eight.

The ginger cat became an internet sensation and YouTube star after he was adopted from a shelter in 2010 by owner Charlie Schmidt. Since then, Bento has gone on to appear in a commercial promoting shelter adoptions and a pistachio ad.

Bento the Keyboard Cat died and I’m not okay. 😭 Say hi to my other angel babies when you cross rainbow bridge 🌈
RIP In Peace Bento 🐈🎹❤️ pic.twitter.com/E3T56c88hu

Damn.. rip bento the keyboard cat.. a revolutionary musician way ahead of your time.. it was a blessing getting to hear your creations

Condolences poured in from across the globe as people learned of Bento’s death, with many taking to Twitter to share their sadness.

Fame came easily to Bento, who was not the first keyboard playing cat Schmidt owned. The original 2007 video of Keyboard Cat – the one that went viral in 2009 – originally featured Schmidt’s first musical feline, Fatso, and was initially taped in the 1980’s via VHS. After the clip found fame on YouTube, it was left to Bento to recreate Fatso’s musical abilities and so “Keyboard Cat Reincarnated” was born.

“Trust me, not every cat in the world can do this,” Schmidt told the Washington Post.


“If I was on the computer, he would be on the computer. If I was in the shower, he’d be on the bath mat” a sad Schmidt revealed to the Washington Post, adding bedtimes will be the time he misses Bento most of all.

“I’d just get in and he would snuggle up,” Schmidt reminisced. “He would come really close and then put his paw on your arm. That was a good way to end the day.”