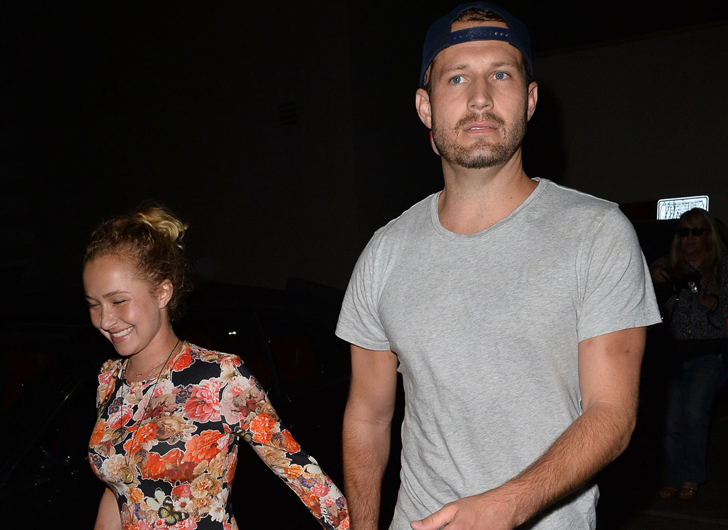 Hayden Panettiere has reportedly moved on following her split from fiancé Wladimir Klitschko, after being spotted holding hands with a mystery man.

E! News are reporting the mystery man is 28-year-old Brian Hickerson – a South Carolina native who moved to Los Angeles to pursue a career in real estate and acting.

“He just started getting into the acting business and is going on castings trying to break into the industry,” a source revealed to E! News, adding the couple hit it off after meeting through mutual friends.

“Brian has been her sounding board since Hayden split from Wladimir and has really been there for her,” the source told E!. “They have been seeing each other for the past month and are hooking up.”

Missing rings don't mean the end of relationships. Blessed to be with my beautiful family 🙏 pic.twitter.com/oCiTK0ziJf

Hayden and Wladimir, who share three-year-old daughter, Kaya, called it quits after nine years together. Although it’s unclear when they actually called off their engagement, a source revealed to People former boxer Wladimir and Hayden remain on good terms with Kaya currently spending time with Wladimir and his family in Europe.

“Hayden and Wladimir are on great terms and friendly,” an insider shared with E! News. “They are a big part of each other’s lives and will continue to be. Hayden is back in Los Angeles and figuring out what’s next.”