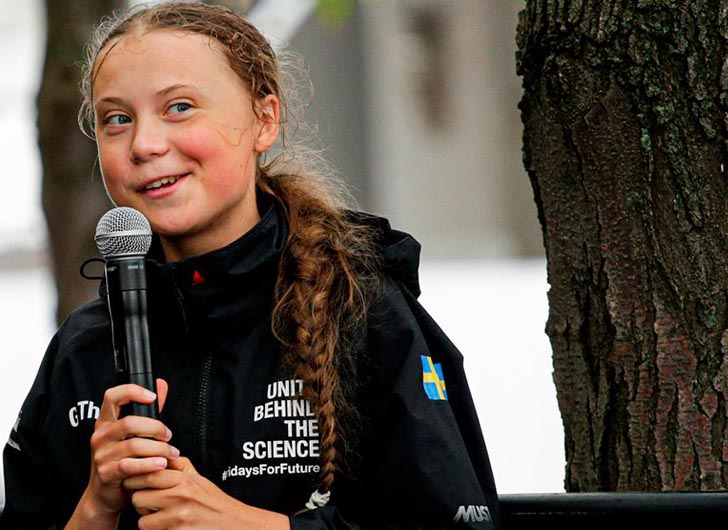 Sixteen-year-old climate activist Greta Thunberg has been named TIME magazine’s ‘Person of the Year’ for 2019.

The Swedish teen is the youngest person ever to be chosen as ‘Person of the Year’ beating out other finalists this year, including President Trump, The Hong Kong Protesters, House Speaker Nancy Pelosi, and the anonymous whistleblower whose memo on Trump’s dealing with Ukraine sparked the impeachment inquiry.


TIME announced their ‘Person of the Year’ on the TODAY show, saying of Thunberg, “She became the biggest voice on the biggest issue facing the planet this year, coming from essentially nowhere to lead a worldwide movement.”

“For sounding the alarm about humanity’s predatory relationship with the only home we have, for bringing to a fragmented world a voice that transcends backgrounds and borders, for showing us all what it might look like when a new generation leads, Greta Thunberg is TIME’S 2019 Person of the Year,” TIME reports.