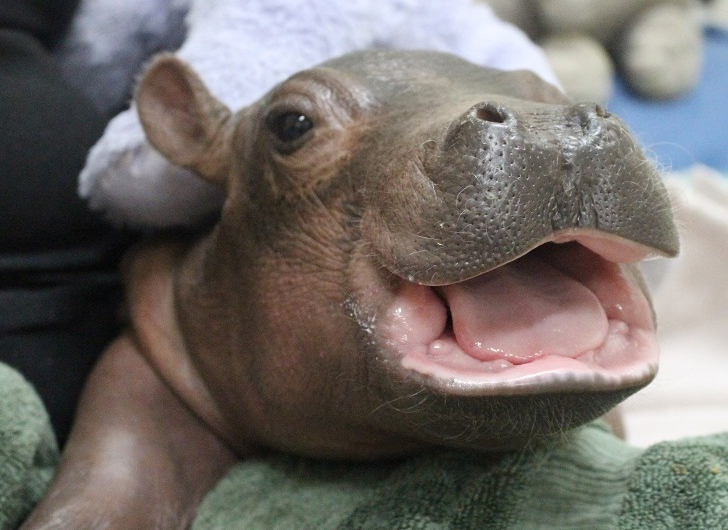 She’s the little Hippo with huge appeal and the #teamfiona phenomenon is about to get much bigger!

Ever since Fiona the Hippo was born six weeks premature at Cincinnati Zoo, fans have been glued to social media watching the courageous tiny tot progress to a playful 451 lb bundle of mischief.

Be sure to like "The Fiona Show" Facebook page. 1st episode will air 8/29 with never before seen video of her birth! https://t.co/sp7fi88YEJ pic.twitter.com/jseh37uWTv

Now the Cincinnati Zoo have announced Fiona will have her own show on Facebook and the first episode will feature never before seen footage of Fiona’s birth.

It's a tilapia baby boom! These fish help keep the water clean & eat dead skin off the hippos to keep them clean and free of micro-organisms pic.twitter.com/cy07oiMjqU

Launching August 29, The Fiona Show will no doubt include shots of Fiona playing with her mom, swimming with the resident Tilapia in her pond, and posing ever so sweetly for the camera.

Fiona being Fiona. It's so great that her Mom likes to play ALMOST as much as she does. pic.twitter.com/glNrHULhoa

From the looks of things Fiona is turning into quite the media mogul. The delightful Hippo is bringing out a children’s book soon and even has her own beer!